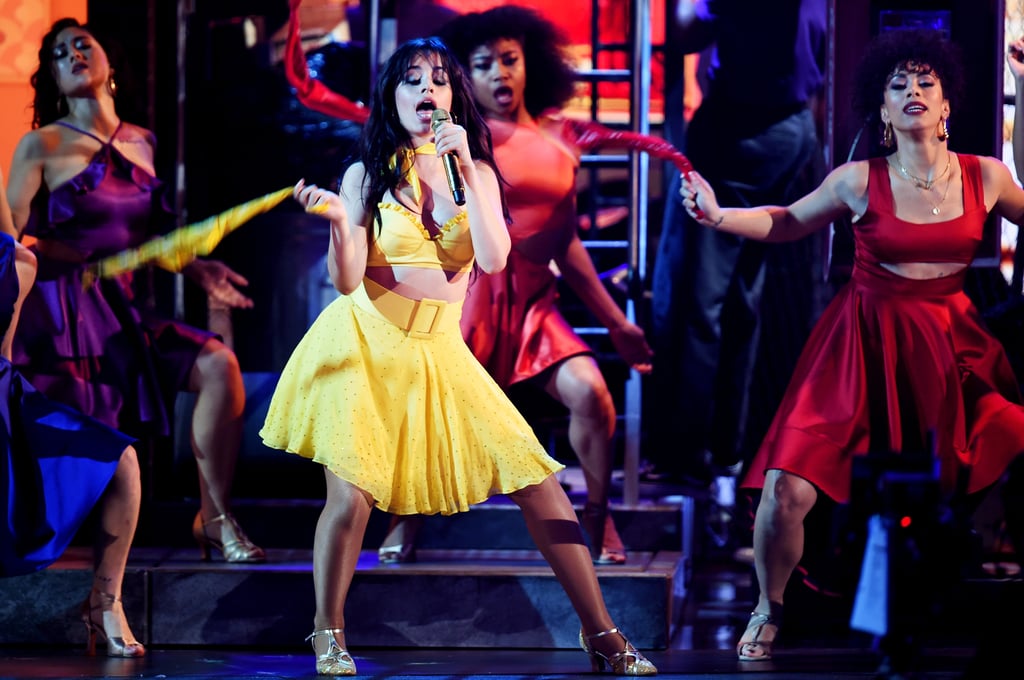 Camila Cabello has done it again. She always manages to deliver some of the best live performances, and her Grammys production on Sunday night was no different.

The "Consequences" singer and Grammy nominee took the stage to show off her amazing moves and vocals, and we're still dancing in our seats. Sporting a bright yellow gown, the 21-year-old Cuba native mashed up her smash hit "Havana" with J. Balvin's "Mi Gente," who also made a cameo (along with Ricky Martin, Young Thug, and Arturo Sandoval!).

And the cutest part of her performance? It was inspired by her family! Before her set, Cabello told E! News that her set would be based on her grandmother's childhood, when her family would just get together and jam out — and that definitely showed through in the colorful, upbeat set.

Cabello received two Grammy nominations in the categories best pop performance for "Havana (Live)" and best pop vocal album for her self-titled 2018 musical collection Camila. And considering how some of her tunes topped the charts last year, it's so well-deserved. Watch her sing and dance in the video ahead, and then keep scrolling to see the best pictures from the performance!