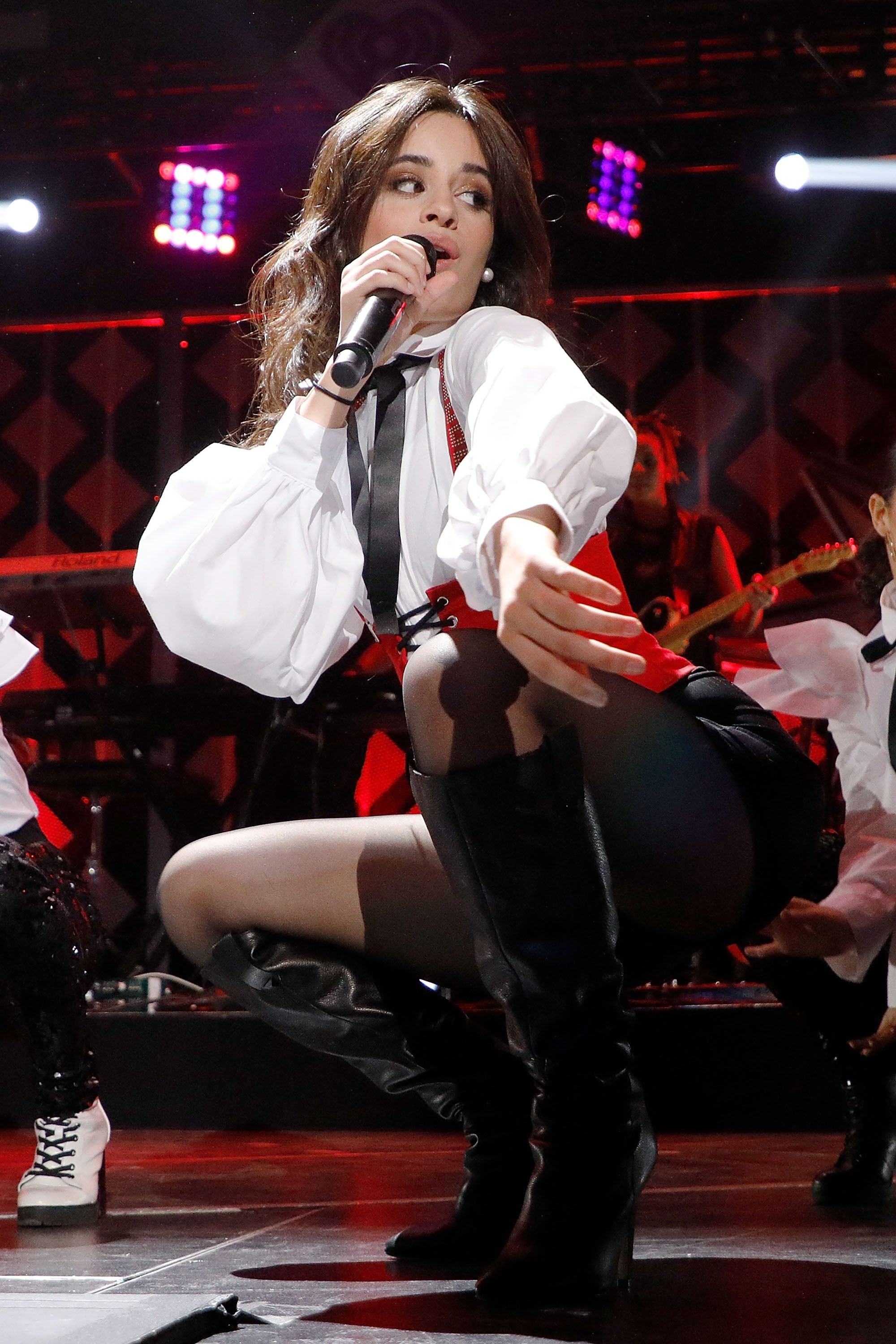 Camila Cabello left Fifth Harmony at the end of 2016, and the drama surrounding the split still hasn't stopped, even though it's been over a year. There was the back and forth between Camila and the remaining members — Lauren Jauregui, Dinah Jane Hansen, Ally Brooke Hernandez, and Normani Kordei — about how they found out she was leaving and then Fifth Harmony took the stage at the 2017 MTV Video Music Awards and made their stance very clear. The performance started off with five people before the fifth "fell" off the stage and the rest started singing and dancing. After it happened, Camila kept quiet, but she's finally speaking out about it.

"It definitely hurt my feelings," she told The New York Times while holding back tears. "I wasn't expecting it, I wasn't prepared for it — especially because at that point I'd moved on from it. I was just like, 'What? Why?' I have to make space for the good stuff to happen in my life. I don't like holding onto the past, especially when it's stuff that, in my opinion, is just petty." Camila, who just released her self-titled album after changing the name from The Hurting, the Healing, the Loving, added that she is currently focused on her music and leaving all the drama behind. "I feel like the best way to come up with something new and different is just to be the you-est you possible," she said. "If you pull from all the different little parts of yourself, nobody can replicate that."