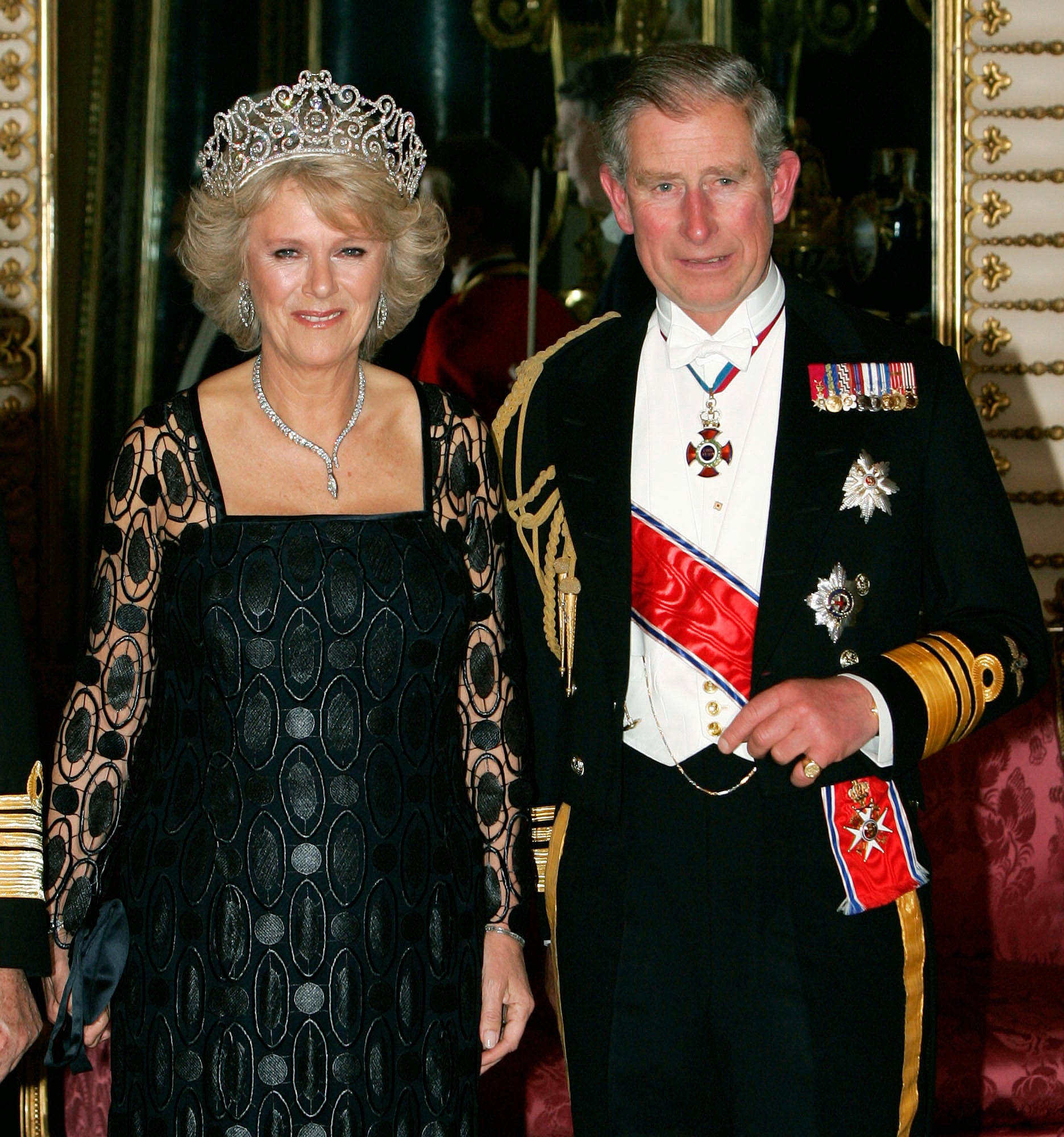 Prince Charles will be the oldest heir to accede to the British throne when Queen Elizabeth II dies, at which time his wife, Camilla Parker Bowles, will transition into the role of queen. But what will her official title be? When she wed Prince Charles in 2005, Camilla was officially given an HRH and earned the title Duchess of Cornwall. While she is legally also the Princess of Wales, she has never formally used the distinction out of respect for its previous holder, Princess Diana; after Charles and Diana divorced, Diana became known as Diana, Princess of Wales, and the title is so strongly associated with her that Camilla instead chose to take the feminine form of her husband's Duke of Cornwall (considering the nature of Camilla, Charles, and Diana's relationship, that's probably for the best).

When Charles takes the throne, he will very likely go by the regnal name King George VII. The wife of a king normally gets the title of queen, but there's an exception — Clarence House announced after their wedding that Camilla will be instead be known as princess consort. "It is intended that Mrs. Parker Bowles should use the title HRH The Princess Consort when The Prince of Wales accedes to The Throne," the statement read. This is similar to the queen and Prince Philip; Philip is technically a prince consort to the reigning monarch.

Prince Charles has quite a few plans to shake up the monarchy when he becomes king, and Camilla's title could be one of them. Twist! As monarch, Charles will have the power to upgrade Camilla to queen consort if he so chooses — though the majority of people in Britain seem to be against it.