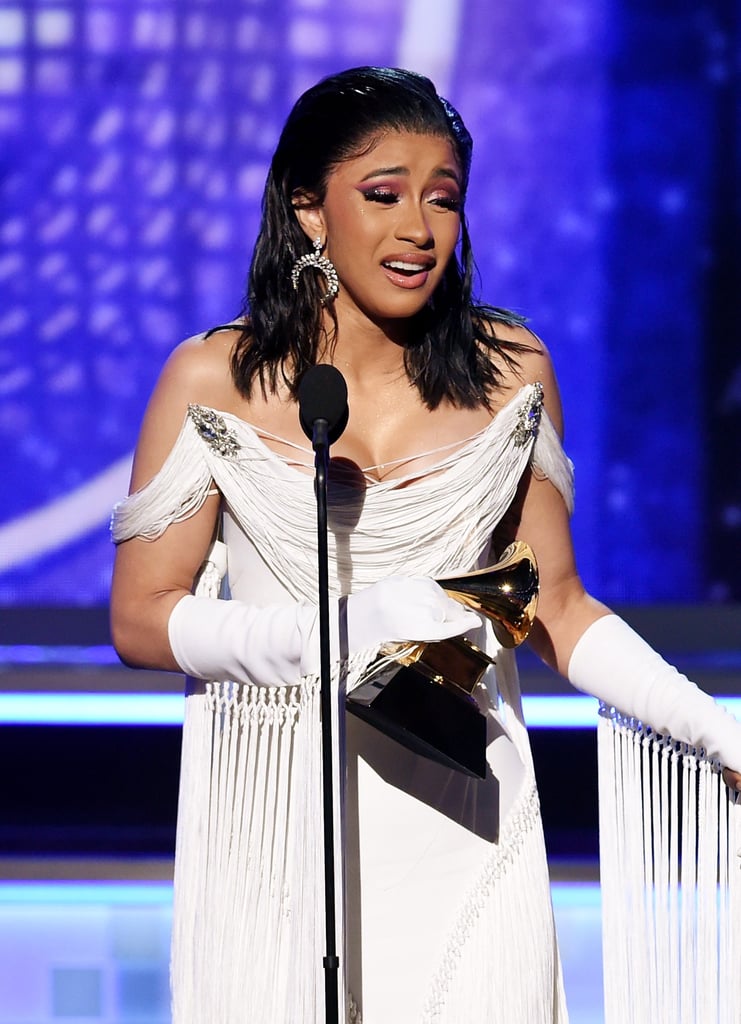 Cardi B was the most timid the public has ever seen her as she accepted the award for best rap album at the 2019 Grammys. The typically vivacious rapper, who won for her undoubtedly popular Invasion of Privacy, seemed overcome with emotion as she took the stage. "Babe, I can't breathe," she said to her husband, Offset, who went accompanied her onstage. In true fashion, she then added, "The nerves are so bad! Maybe I need to start smoking weed."

Cardi made history as the first solo female artist to win the award for best rap album. (Lauryn Hill's The Fugees won the award for Poverty's Paradise in 1996.) The exciting win came after Cardi delivered a sexy performance of her latest single "Money." She received five nominations at the award show, including album of the year and record of the year.