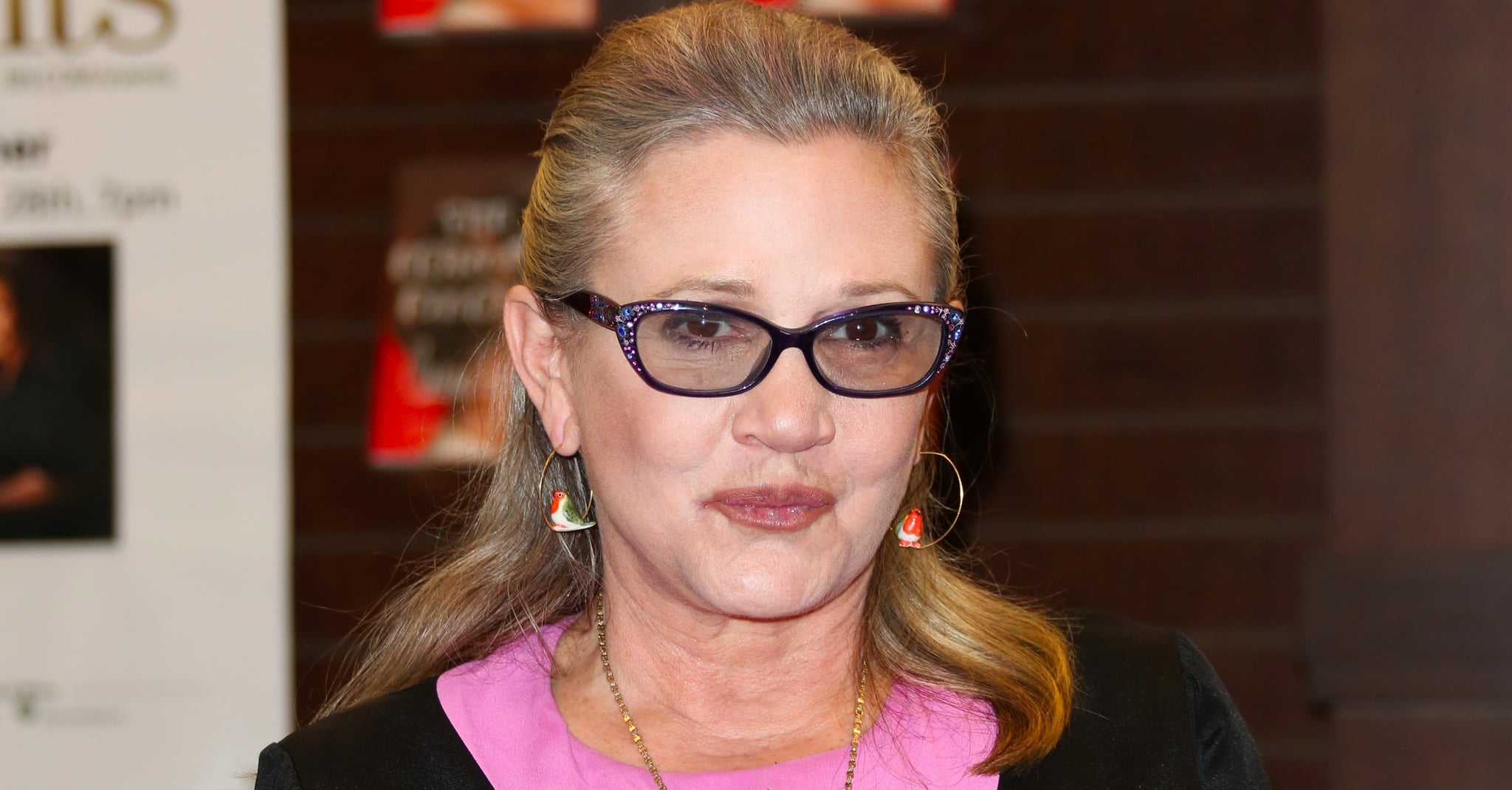 Carrie Fisher has died at age 60, People confirms. The actress, best known for her role as Princess Leia Organa in the Star Wars franchise, passed away on Tuesday after suffering from a heart attack on Dec. 23. Shortly after Carrie's death, family spokesman Simon Halls released a statement on behalf of her daughter, Billie Lourd, saying, "It is with a very deep sadness that Billie Lourd confirms that her beloved mother Carrie Fisher passed away at 8:55 this morning. She was loved by the world and she will be missed profoundly. Our entire family thanks you for your thoughts and prayers."