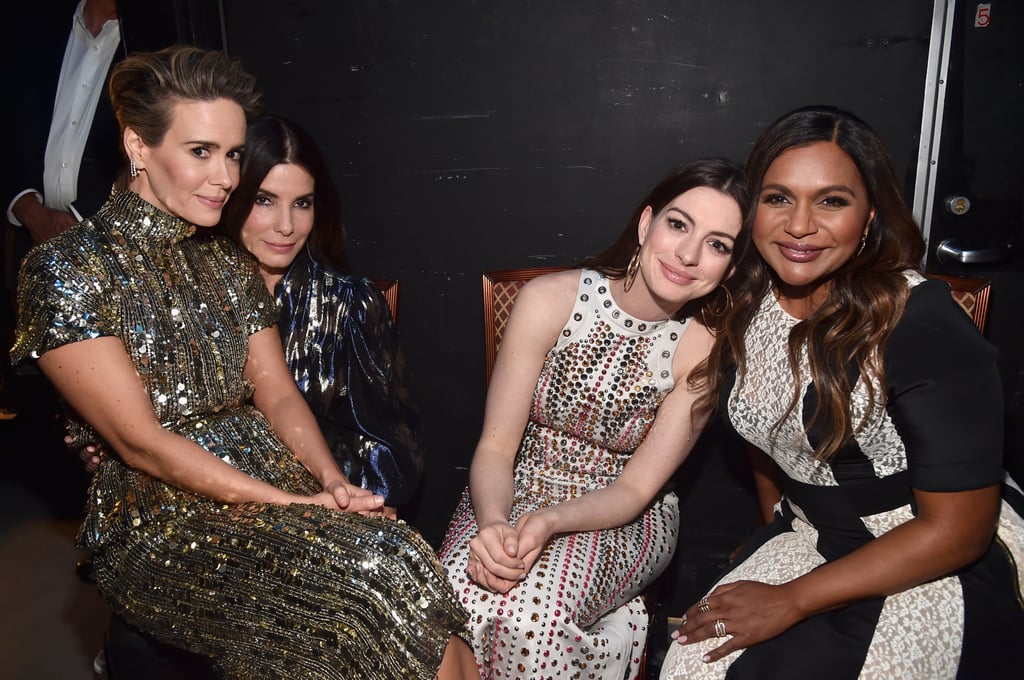 Sandra Bullock, Anne Hathaway, Mindy Kaling, Sarah Paulson, Cate Blanchett, and Awkwafina all made strikingly gorgeous appearances at CinemaCon in Las Vegas on Tuesday night. The actresses were on hand to promote their upcoming Ocean's 8 film and left us at a loss for words when they hit the red carpet together.

The highly anticipated film doesn't hit theaters until June 8, but we can already tell it's going to be good. Not only does it also feature Rihanna and Helena Bonham Carter, but it follows an all-female cast of thieves who attempt to pull off the ultimate heist at New York City's annual Met Gala. The real Met Gala actually goes down on May 7 at the Metropolitan Museum of Art in NYC.