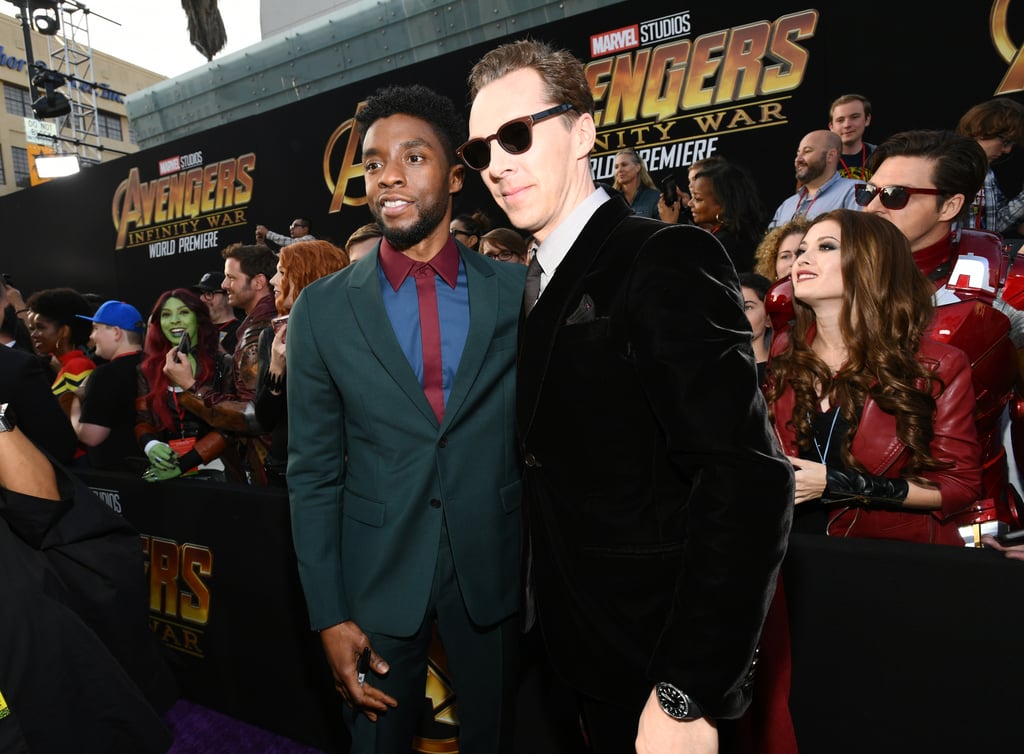 All eyes were on the star-studded cast of Avengers: Infinity War when they hit the red carpet for the film's LA premiere on Monday night. Robert Downey Jr., Tom Hiddleston, Chris Hemsworth, Letitia Wright, and Zoe Saldana arrived in style, while Scarlett Johansson made her red carpet debut with Colin Jost. But that's not all! Gwyneth Paltrow, Bradley Cooper, and Vin Diesel also made fun appearances, as did Benedict Cumberbatch and Sophie Hunter. If you couldn't tell already, Avengers: Infinity War has a massive cast of superheroes, and not only that, but it's Marvel's longest movie yet, clocking in two hours and 36 minutes. Be sure to catch it when it hits theaters on April 27.