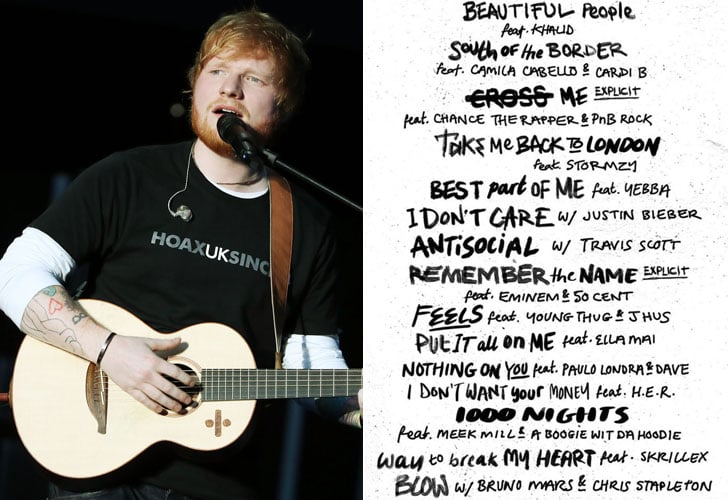 Ed Sheeran has slowly but surely been dropping songs from his upcoming album, No. 6 Collaborations Project, ahead of its July 12 release, and now we know exactly which musicians we can expect to hear on each track when it arrives. Sheeran took to Instagram on June 18 to reveal all of his collaborators, which range from rap's biggest stars to an EDM producer and a talented country singer. So, it's going to be eclectic, to say the least.

"Thanks to all the amazing artists I've worked with on this record for sharing your talent with me," the British artist captioned a tracklist for the album. "No.6 Collaborations Project comes out on July 12, hope you like it as much as I do."

If you're curious about exactly which artists are featured — for the record we've already gotten our hands on the Justin Bieber-infused "I Don't Care," and Chance the Rapper's contribution to "Cross Me" — then keep scrolling. And once you've checked all of them out, make sure you listen to the dreamy acoustic cover Sheeran released earlier this month.