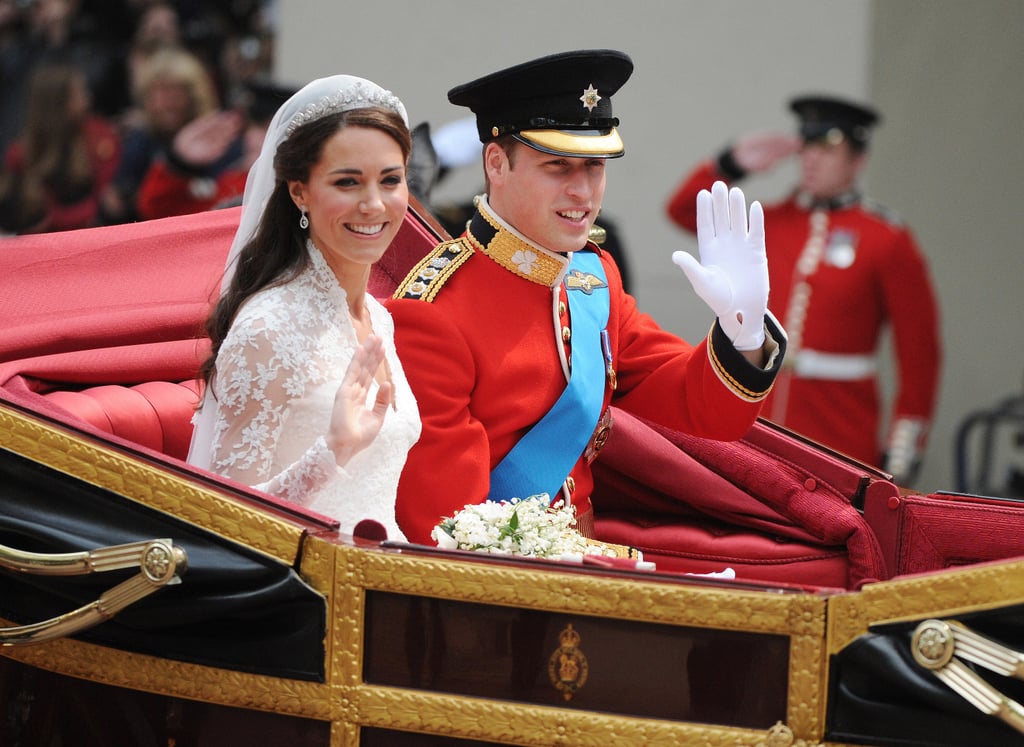 Prince William and Kate Middleton wed in a lavish ceremony at Westminster Abbey in London back in 2011. In addition to their heartfelt wedding vows and a special performance from Ellie Goulding, the guest list was star-studded with Elton John, Victoria Beckham, and more all in attendance. With Will and Kate's sixth wedding anniversary coming up on April 29, we're taking a look back at all the celebrities who were lucky enough to score an invite to the royal affair.