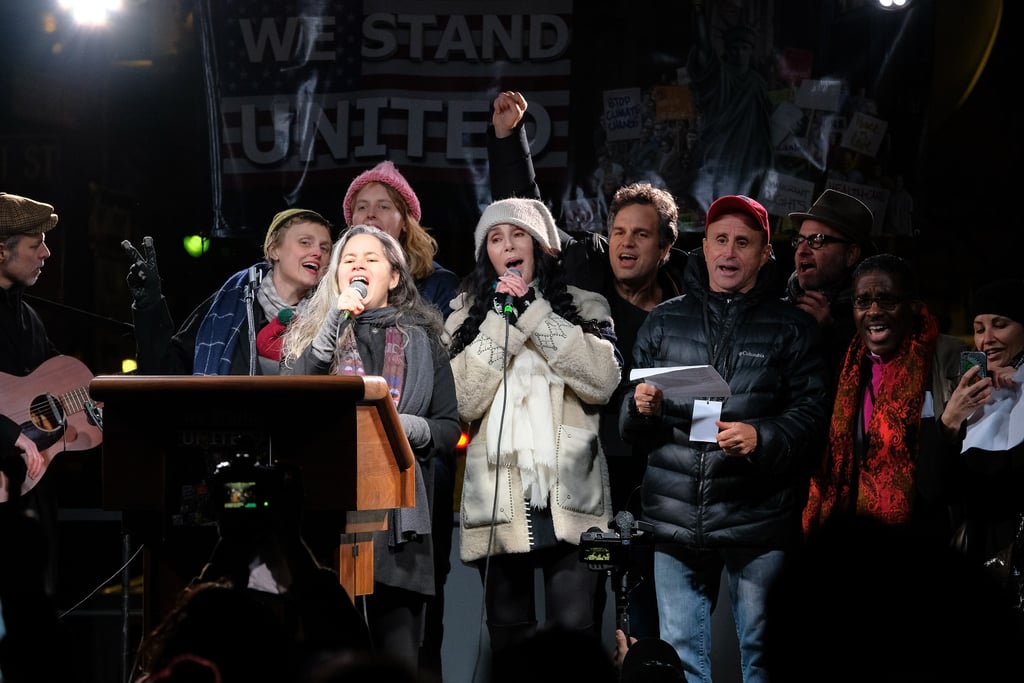 President-elect Donald Trump is dropping the "elect" from his title on Friday, but that doesn't mean it's happening without a fight. Among his many detractors, members of Hollywood have been some of the most vocal. Following Meryl Streep's searing criticism of him at the Golden Globes, celebrities like Mark Ruffalo, Julianne Moore, Cher, Shailene Woodley, Michael Moore, Alec Baldwin, Robert De Niro, and Rosie Perez joined forces on Thursday night at an anti-Trump protest. Each of them passionately spoke, sang, and lifted the crowd's spirits at the We Stand United NYC Rally, which was held outside Trump International Hotel and Tower and attracted thousands.

"Tonight I want us to move forward with love and hope," Rosie Perez said while opening the event. "The world is watching and we want to let them know that we are here. We're good people who care about one another." Robert De Niro took the stage later on to crack a few jokes about the incoming president's Twitter presence, reading off a few imaginary ones, like, "'De Niro should give back his Oscars. Voting was rigged. There's only one true Raging Bull and that is Vladimir Putin.'" Alec Baldwin also added a little levity to the evening, delivering his pitch-perfect SNL Trump impression while encouraging people to fight against intolerance and the incoming administration.