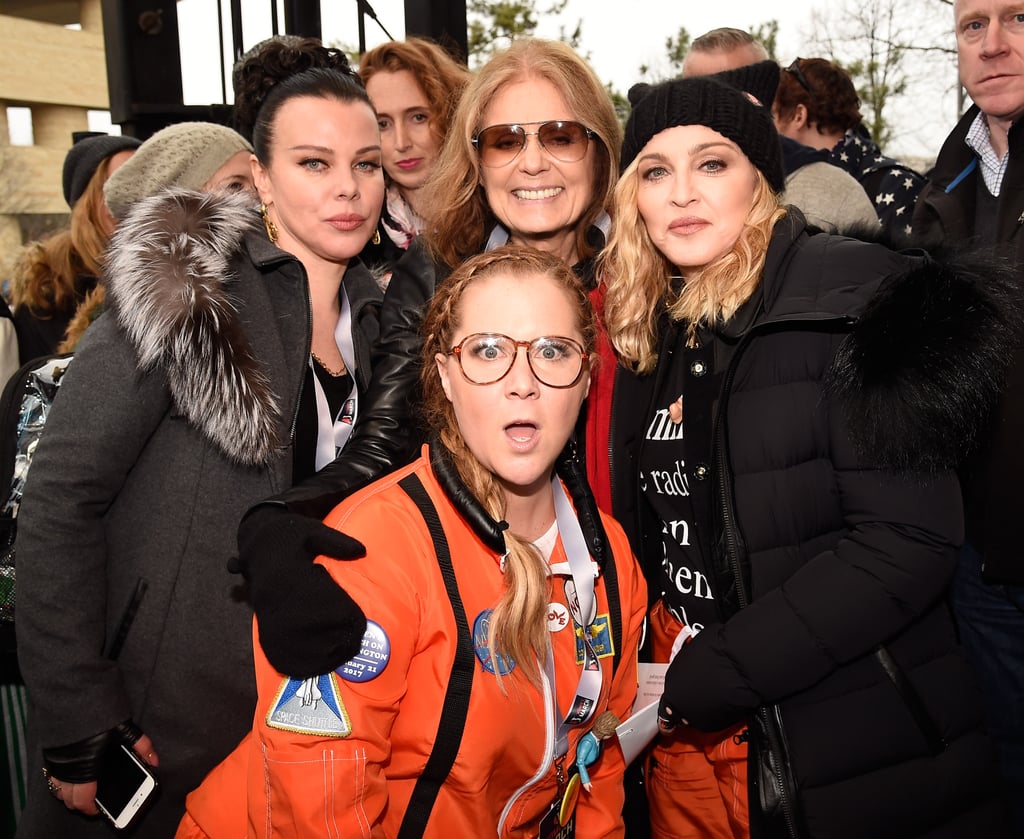 History was made on Saturday when hundreds of thousands of people around the country came together for the Women's Marches. While several stars showed their support on Instagram, a handful of other celebrities rallied together and hit the streets. John Legend, Chelsea Handler, and Charlize Theron were at the center of the action in Park City, UT, while Katy Perry, Chrissy Teigen, and Jason Sudeikis joined forces in Washington DC. Cher and Madonna even put their rumored feud aside and Ashley Judd fired up the crowd with a powerful speech. Read on to see all the stars who popped up at the marches.