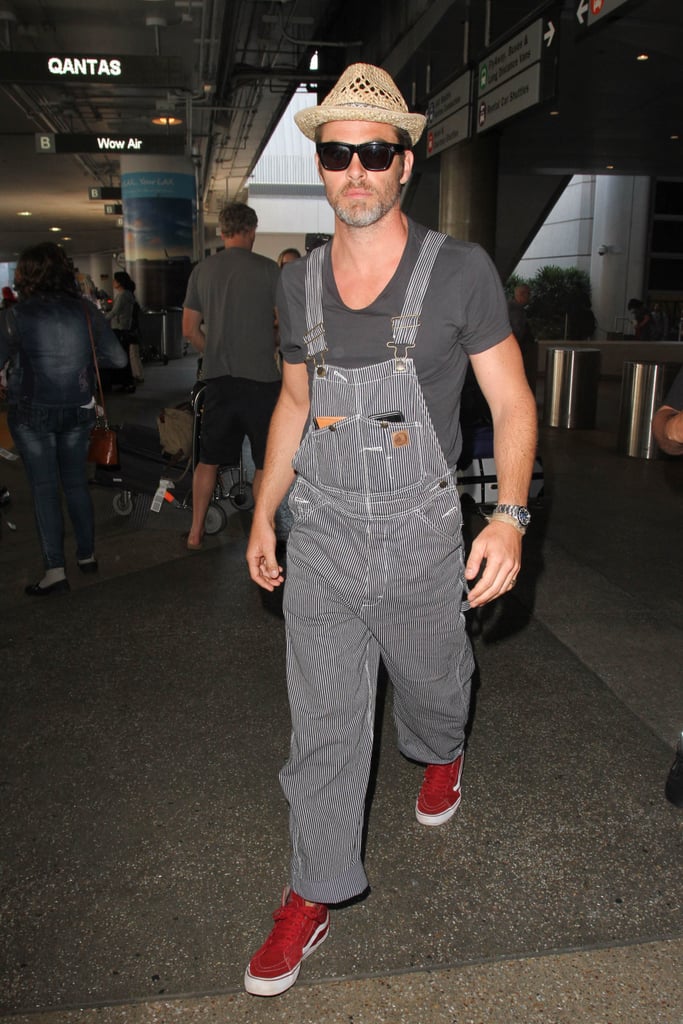 Ever since Chris Pine stepped out with new girlfriend Annabelle Wallis, it's all I've been able to think about. Not because of his latest romance, but because of his choice of ensemble: the humble overall. Yes, Chris Pine is a proud wearer of overalls, and I'm here to state that he looks fiiine. The Wonder Woman actor made his daring overalls debut in 2013 while on airport duty, confirming his love for the statement garment.

He's not alone in the collective of celebrity men daring enough to sport the look, either. Dax Shepherd is partial to a pair of overalls, as are Ashton Kutcher; ASAP Rocky; and Tyler, the Creator. Hell, Chance the Rapper even wears overalls on the red carpet. Let me say that I endorse any man's choice to wear overalls, and for those who need the push, just keep reading.