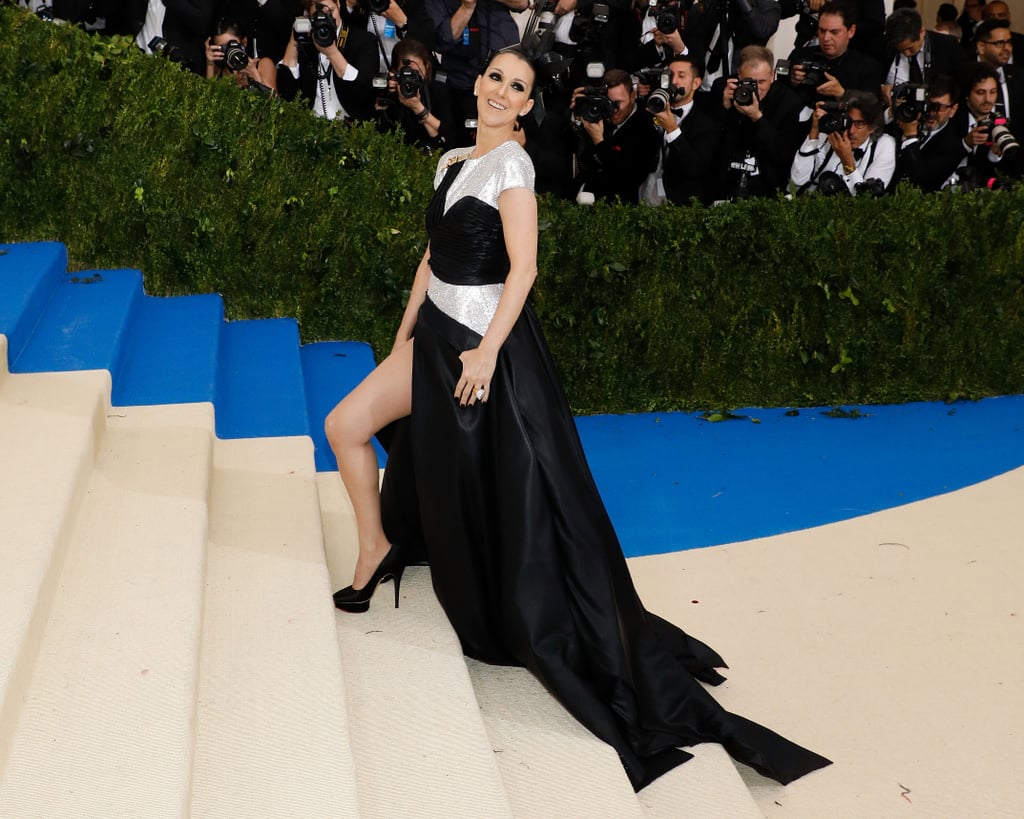 Celine Dion made her Met Gala debut in NYC on Monday night, and the singer seemed to have had the time of her life. Not only did she flash some leg while hitting the red carpet in a custom Versace dress, but she also hammed it up while posing for Vogue's Instagram art installation (did you catch that shoe phone?) and partied it up with the Migos at Katy Perry's afterparty. Not a bad Monday night for 49-year-old Celine, who revealed to E! that she worried about not being let into the event. "Bring your stuff just in case they don't let you in," she said. "I would've started singing in the middle of the street [had they not let me in.]"