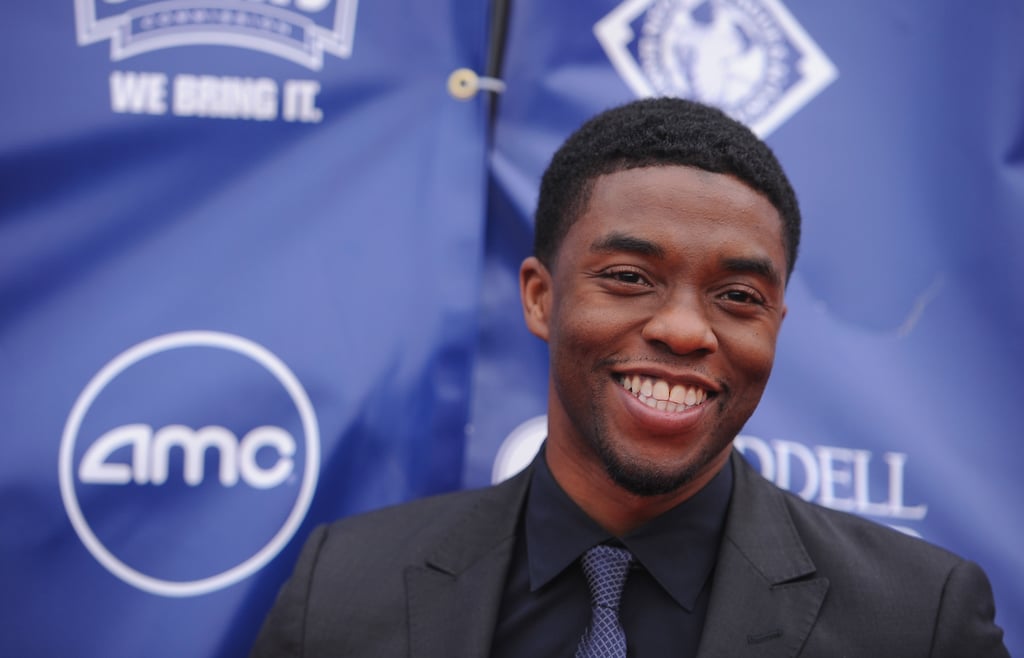 Chadwick Boseman is finally getting the attention he so deserves. He's been in handfuls of TV shows since the early 2000s, and the South Carolina-born star broke out playing Jackie Robinson in 2013's 42. Since then, he's acted opposite Kevin Costner and portrayed the legendary James Brown, but his latest role is the biggest deal of all: Black Panther. Boseman, who is unbelievably 39 years old, is making his debut as the superhero in Captain America: Civil War, which is really just an introduction before his standalone film is released in 2018. It seems really far away, but at least you have a ton of hot pictures to keep your spirits up! Take a look, and check out the sexiest shots of his costars, Sebastian Stan, Anthony Mackie, and of course, Chris Evans!