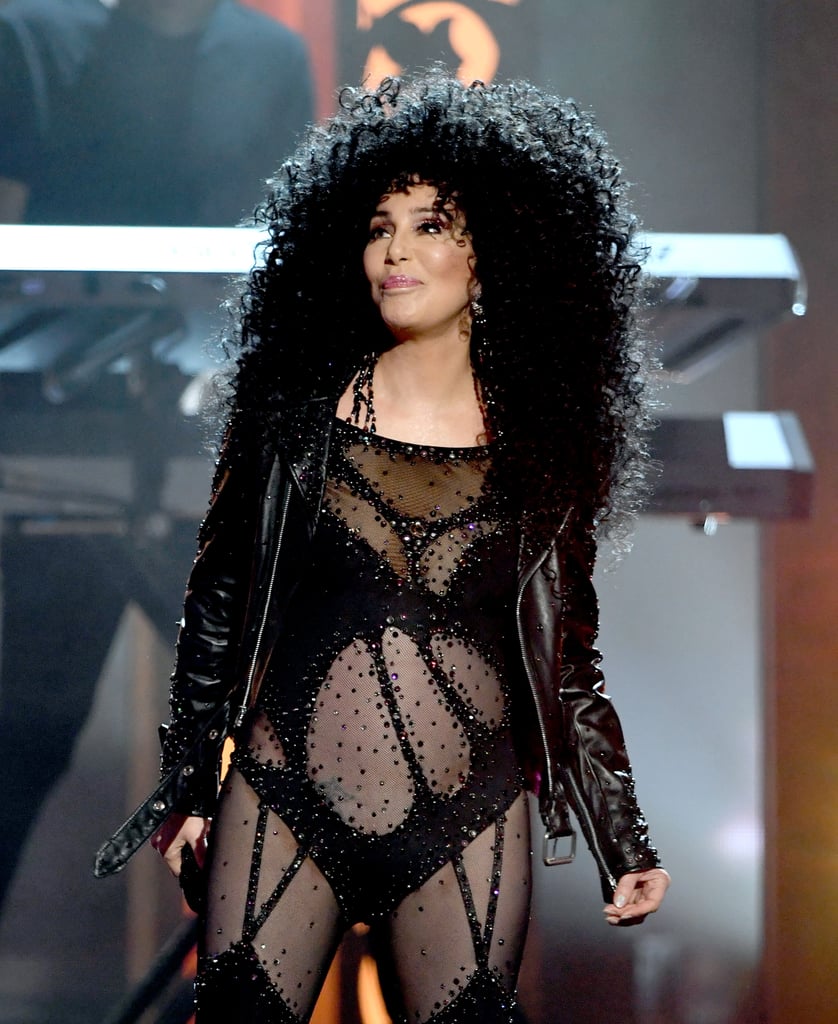 Cher made a triumphant return to the stage at the Billboard Music Awards in Las Vegas on Sunday night. Not only did the 71-year-old music icon belt out her hits, "Believe" and "If I Could Turn Back Time," but it marked her first award show performance in over 15 years. Cher — who gave us major flashbacks in two legendary looks — was also honored with the icon award, joining the ranks of past recipients, including Prince, Jennifer Lopez, and Celine Dion, who brought the tears with "My Heart Will Go On." During her acceptance speech, Cher thanked her mom and ex-husband Sonny Bono for believing in her, adding, "There was really nothing about me that lead anyone to believe that I was going to be special." She also credited her success to luck, though we're having a hard time believing that.