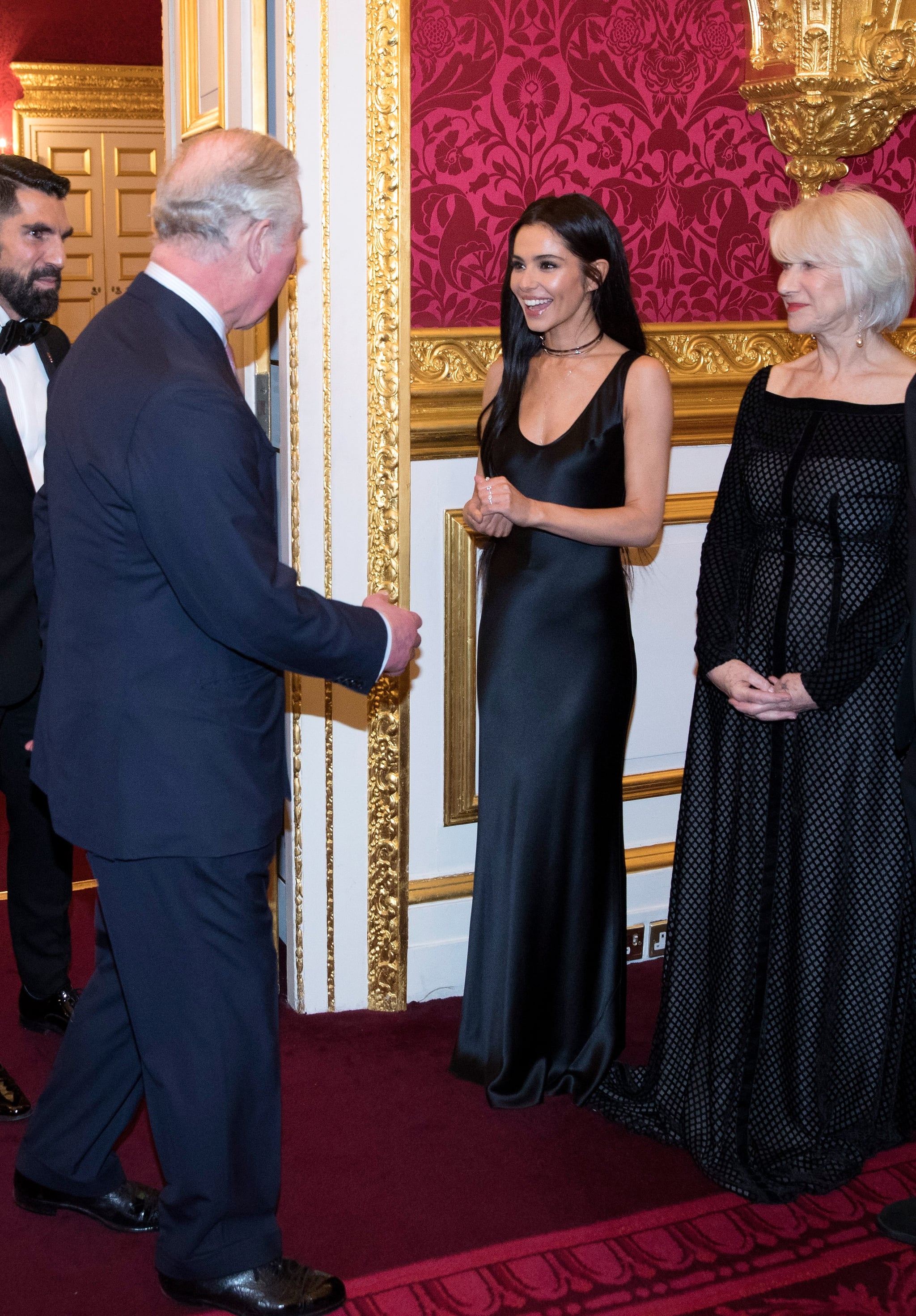 The rumor mill was working overtime last night as Cheryl was photographed chatting to Prince Charles while wearing a diamond ring on that finger. The singer and mother to baby Bear was snapped in a simple black gown alongside Helen Mirren at an event for the Prince's Trust Invest In Futures campaign, with a very, very sparkly plus one. There has been speculation that boyfriend Liam Payne is going to pop the question for a while now, but a spokesperson is said to have confirmed that the ring was just a piece of costume jewelry.

Cheryl and Liam met in 2008 when he auditioned for X Factor. He didn't make it through that year, but two years later he returned and was put together with four other contestants to form new boy band One Direction (you may have heard of them). Cheryl and Liam began dating in 2016, and welcomed Bear a year later. Rumors of an engagement first started when Liam referred to Cheryl as his wife last year. While Cheryl's been in the game long enough to know exactly the response her jewelry would get, we reckon it's only a matter of time before they're calling each other Mr & Mrs for real. Come on Liam, you know she's worth it!