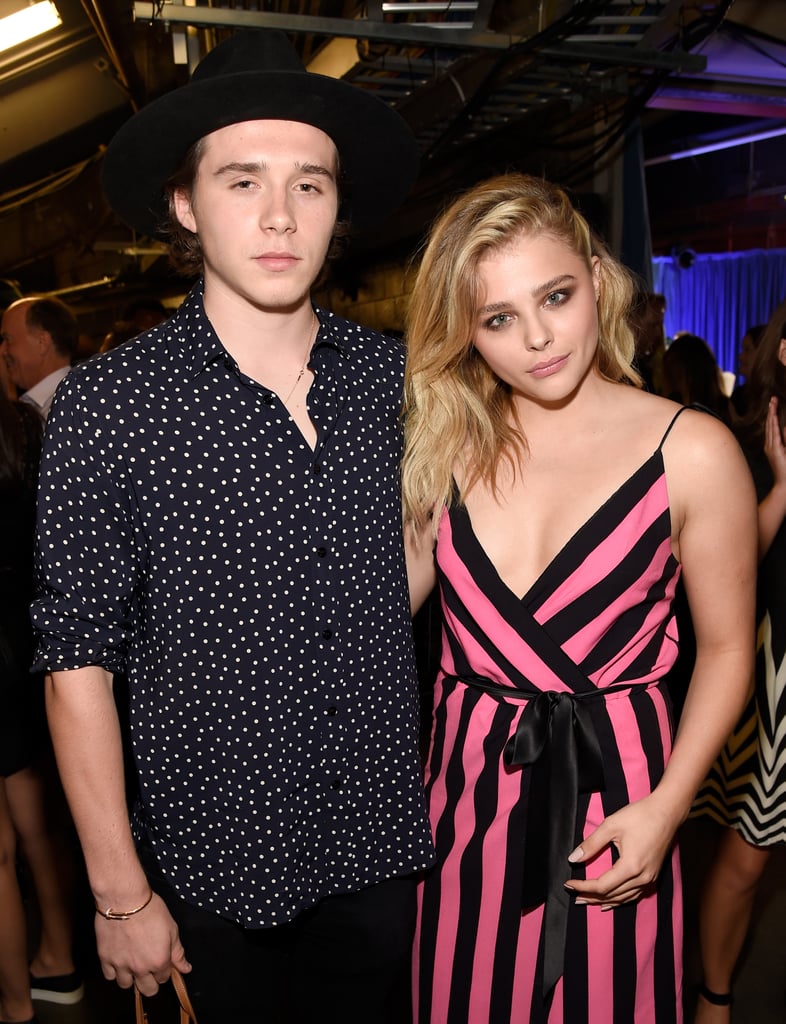 Chloë Grace Moretz took home the Teen Choice Award for choice movie actress in a comedy for her hilarious role in Neighbors 2: Sorority Rising, and had the support of her boyfriend, Brooklyn Beckham. After taking the stage to thank fans for her win, Chloë headed backstage to link up with her man and the two posed for photos together. It's just the latest in a handful of adorable moments between the young couple, who rekindled their cute romance in May.

It's been a big couple of weeks for Chloë, who not only survived a social media feud with a Kardashian, but also spoke during the Democratic National Convention to urge millennials to vote. At the event, she was surprised by none other than Brooklyn, and the pair posted a sweet photo together on Instagram.