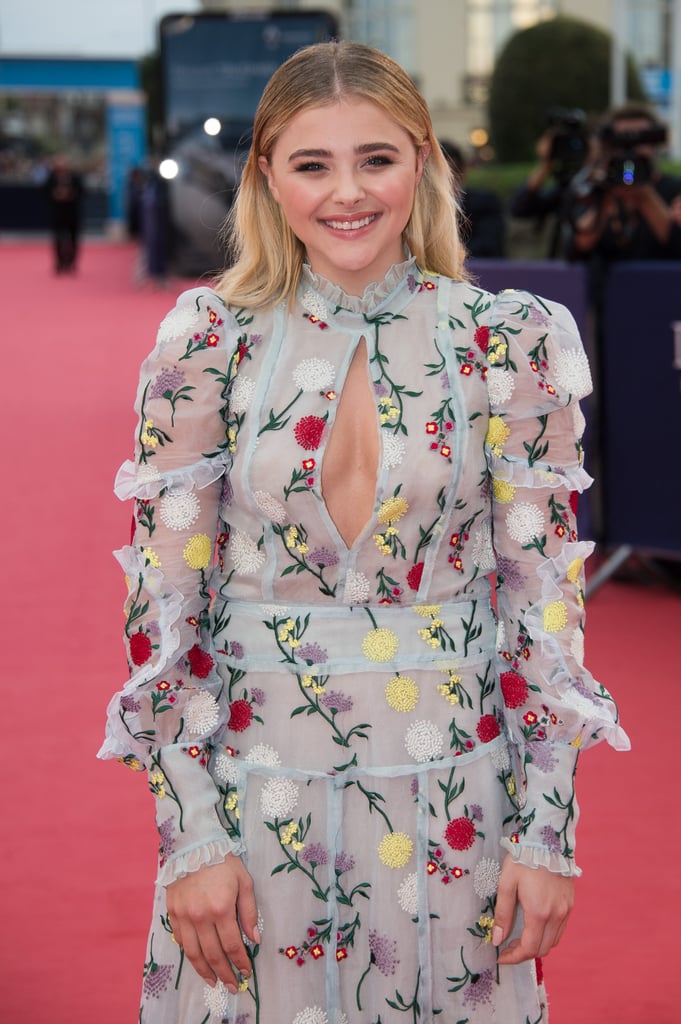 Chloë Grace Moretz may have just split from boyfriend Brooklyn Beckham, but it appears she's doing just fine. On Friday, the actress popped up at the Deauville American Film Festival in France looking as happy as ever. Clad in a gorgeous floral Erdem gown, Chloë was all about the fans as she flashed a series of sweet smiles and blew kisses while hitting the red carpet at the French premiere of The Infiltrator. In addition to her flawless appearance, she was also honored with the Young Hollywood Award, and during her speech she paid tribute to the honorees of years past, including Julianne Moore and Denzel Washington, saying, "People who have received this prize before me have gone to accomplish astounding things in their careers so I definitely feel the weight of this prize."

The following day, Chloë attended a photo call and kept the smiley appearances coming. While she and Brooklyn have yet to address their breakup, according to Page Six, the two were both in LA a few weeks ago, but didn't spend any time together.