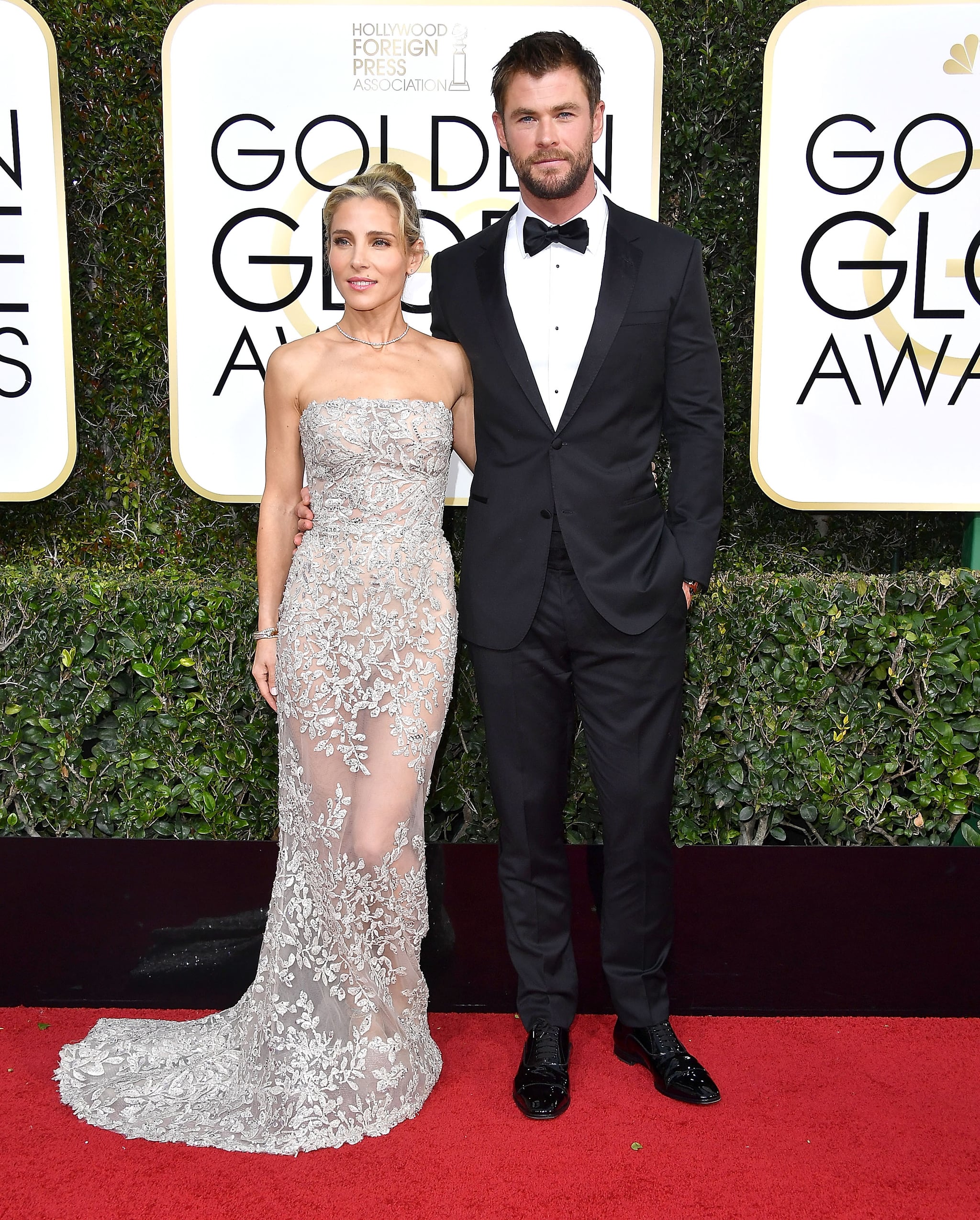 Chris Hemsworth and Elsa Pataky have been married for almost seven years and have three kids together — and in a recent interview with GQ Australia, the Aussie actor is opening up about the price his fame has cost his personal life. The moment the 34-year-old took on the role of Thor, his career catapulted, but it also put a strain on his marriage.

"My wife and I fell in love, had kids, didn't really see each other for a few years, then fell back in love," he said. "In terms of work, she's certainly given up more than I have. She'd like me to step back and be at home with the kids more, and of course, I want that too. But I feel like I'm at this crucial point in my career — I've just got to set up for longevity or I'll slip off."

One thing Elsa and Chris do to keep the spark alive is take time for each other away from their kids. "Once you have children, every instinct and every moment of your time is consumed by that. You've got nothing for each other — so make sure you have date night even if it's once in a blue moon, because most of the time you're just too tired and you'd actually prefer to sleep." Since the two got married in 2010, Chris has continued to play Thor and starred in other blockbuster hits like Snow White and the Huntsman and the Avengers installments while Elsa has been in The Fast & Furious movies and launched a collection of affordable sunglasses with the brand Clandestine.