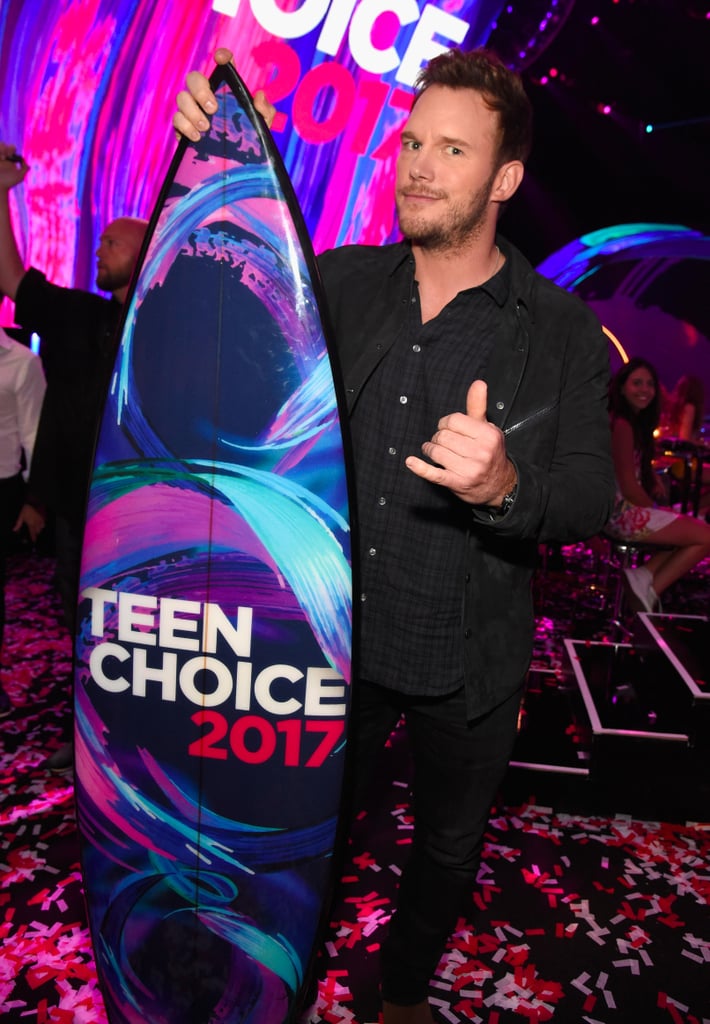 Chris Pratt announced his split from wife Anna Faris last week, but that didn't stop him from honoring his commitment to attend the Teen Choice Awards in LA on Sunday. A few hours after stepping out without his wedding ring, the actor took home the award for choice sci-fi movie actor for his role as Peter Quill in Guardians of the Galaxy Vol. 2. After accepting his surfboard on stage, Chris kept things short and sweet as he thanked God and the movie's director, James Gunn, for blessing him with such an iconic role. He didn't walk the red carpet at the beginning of the night and he wasn't spotted in the audience outside of the moment he won, but we'll take what we can get!