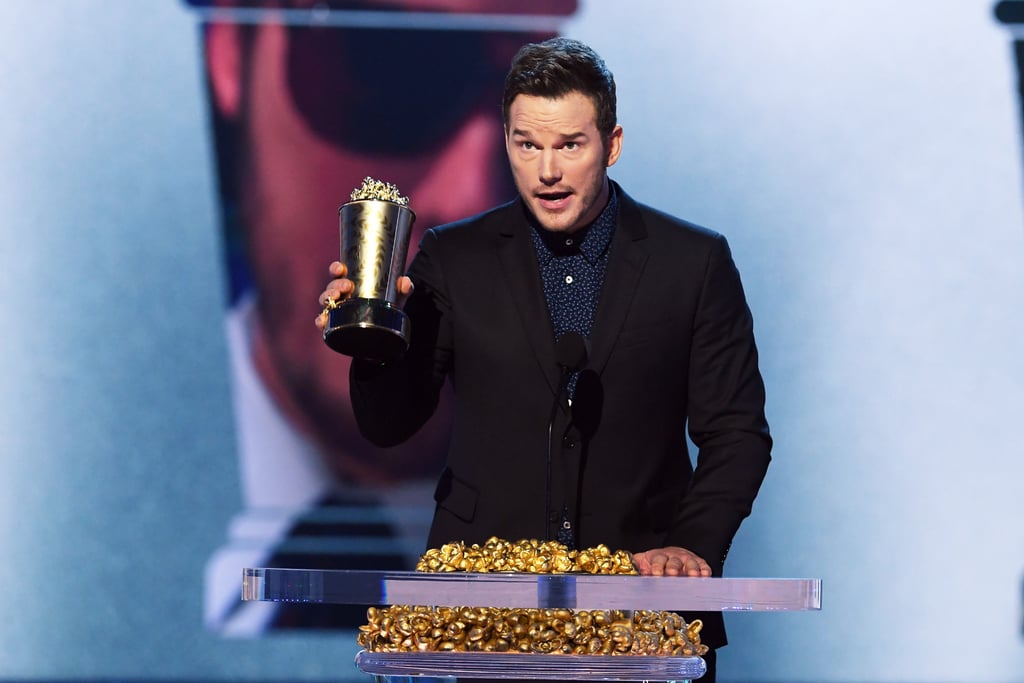 True to form, Chris Pratt touched on everything from family to prayer to pooping tactics when he accepted the Generation Award at this year's MTV Movie & TV Awards in LA. Aubrey Plaza and Bryce Dallas Howard presented Chris with the award, paying tribute to his many memorable roles from over the years. When the fan-favorite actor took the stage, he took a moment to thank his family, getting choked up as he mentioned his parents and his son, Jack. "We didn't have a pot to piss in growing up, but we laughed our butts off every day, and we still do," he said. "And a special mention to my son, Jack, who will watch this one day. Kid, I love you. I love you more than anything in the world."

Watch the full speech in the clip below to hear the star's advice for the next generation, then check out all the best pictures from his night at the MTV Movie & TV Awards.