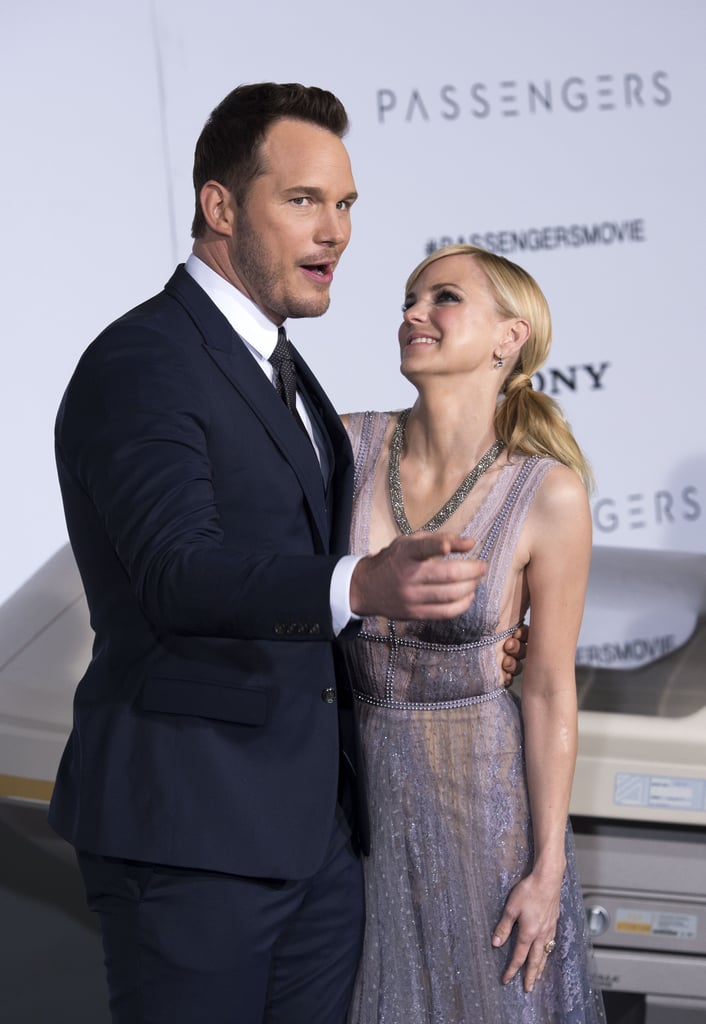 Chris Pratt and Anna Faris were as cute as can be when they arrived together at the LA premiere of Passengers on Wednesday night. The couple, who tied the knot back in July 2009, exchanged loving glances and shared a few laughs on the red carpet as they posed for photographers. Also in attendance was Chris's costar, Jennifer Lawrence, who stunned in a gorgeous princess-like gown.

The pair's latest appearance comes a few weeks after Anna opened up again about dealing with reports claiming that Chris was having an affair with Jennifer during an interview with Isla Fisher on her podcast, Anna Faris Is Unqualified. The actress admitted, "I just remember feeling so hurt in a way that bothered me, because I didn't want to think of myself as somebody who could be affected by tabloid sh*t." She went on to confess that the cheating rumors made her feel "incredibly insecure," adding, "I take pride in how great my relationship is with Chris . . . but having said that, of course, in this crazy world where he's off doing movies and I'm in LA raising our child [4-year-old son Jack], of course I'm going to feel vulnerable, like any normal human would."