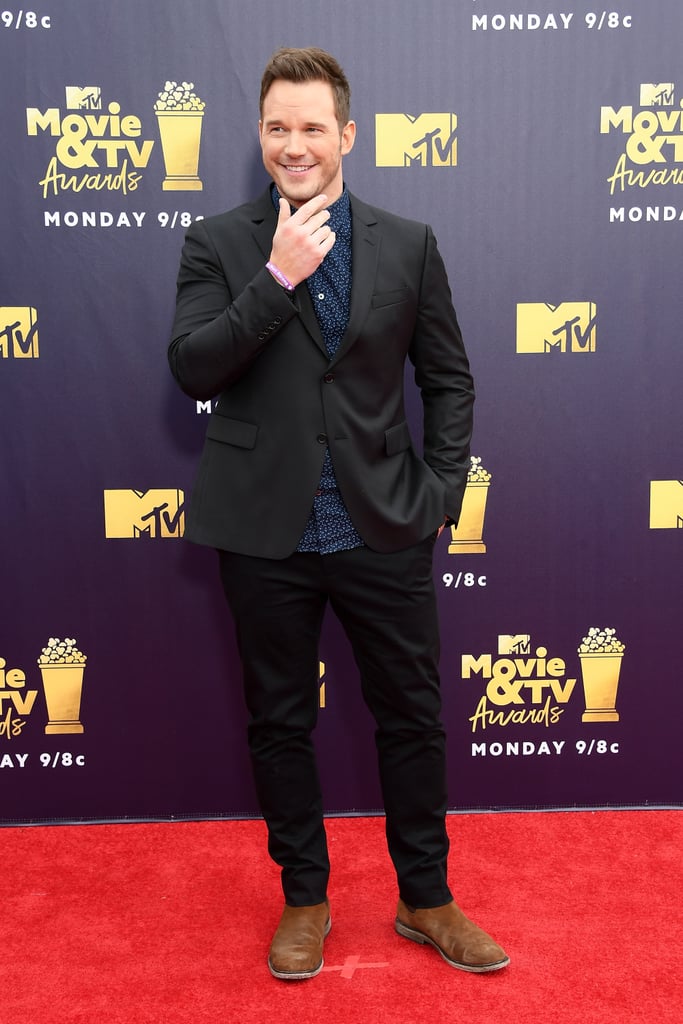 Chris Pratt truly mastered his sexy stare while posing for pictures at the MTV Movie and TV Awards in LA on Saturday, but true to form, he also goofed off in front of the cameras. The actor is this year's recipient of the Generation Award, and he took to Instagram Stories on his way to the show to tell fans about his big night. He said he was practicing his acceptance speech in the car, saying, "It goes something like this, 'Yo what's up you mother—!'" Something tells us that's not actually how his speech starts, but we can't wait to see how it really goes down when the show airs on MTV on Monday. Check out the best pictures of Chris Pratt's red carpet antics, then see every stylish arrival at the MTV Movie and TV Awards.