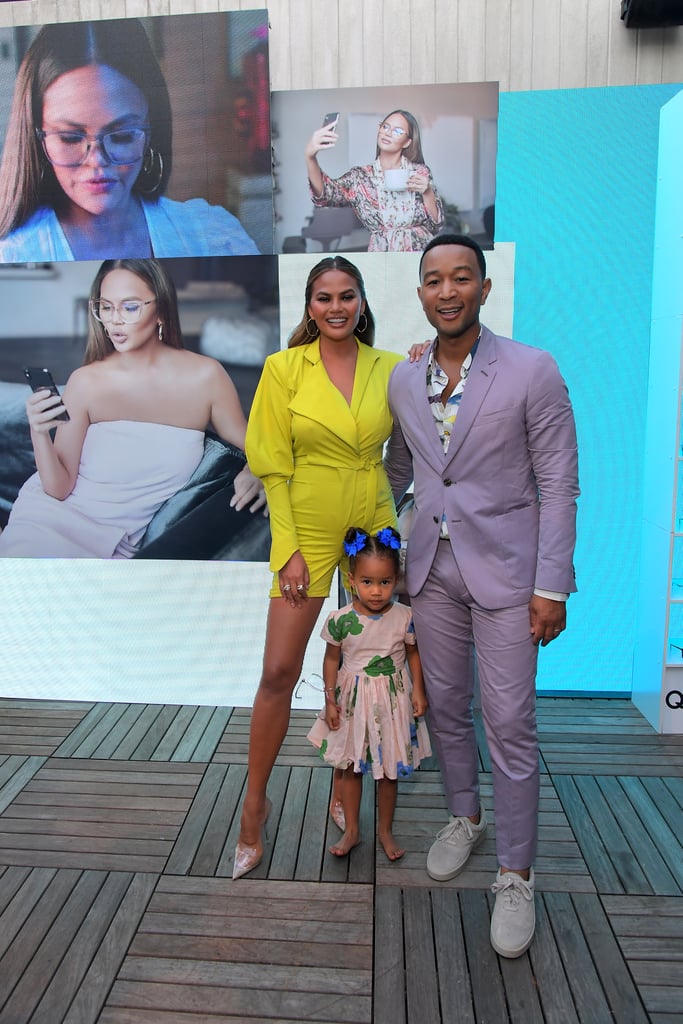 Chrissy Teigen and John Legend were seeing through rose-colored glasses with children Luna, 3, and Miles, 1, on Thursday. The family of four attended the Hollywood launch of Chrissy's collaboration with sunglasses brand Quay Australia. Per usual, they looked absolutely adorable as they smiled for cameras and enjoyed the event. Luna — being the rising star she is — tried on different pairs of specs and busted a move to the music. But the oh-so-cute Miles also had a moment in the spotlight as Chrissy snapped a picture of the tot posing in front of a "Quay Australia" sign.

Chrissy helped develop the new line, which features sunnies ranging from $50 to $60. She also stars in a commercial for the collaboration, alongside Luna, who has a hilarious one-liner in the promo. Keep scrolling to see all the fun photos of the quartet at the launch!