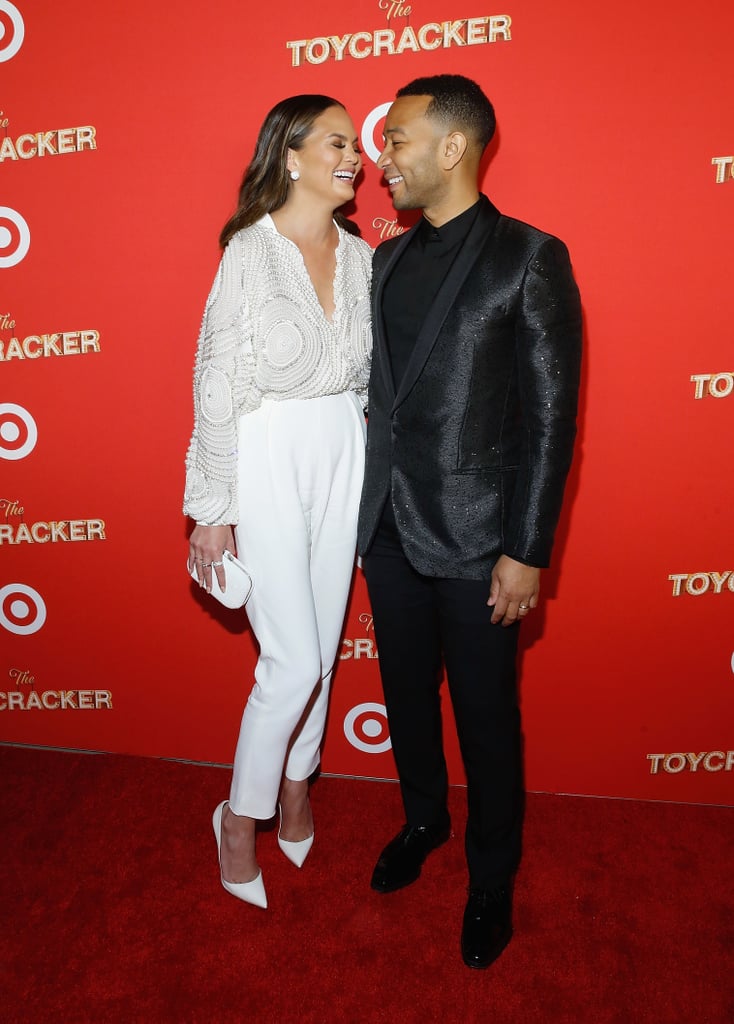 John Legend and Chrissy Teigen drew eyes when they stepped out for the Target premiere of the Toycracker in NYC on Wednesday night. The couple, who stars in the eight-minute holiday musical, put on a loving display as they struck their best poses for the cameras. Also at the event was Olivia Wilde, who made her first red carpet appearance since giving birth to her daughter, Daisy Sudeikis.

It's already shaping up to be a big month for John, who recently dropped his fifth album, Darkness and Light. In addition to making an appearance on The Tonight Show Starring Jimmy Fallon with Chrissy last week, the singer stopped by Sesame Street on Tuesday and got the characters to record a special message for his daughter, Luna. Amazing, right?