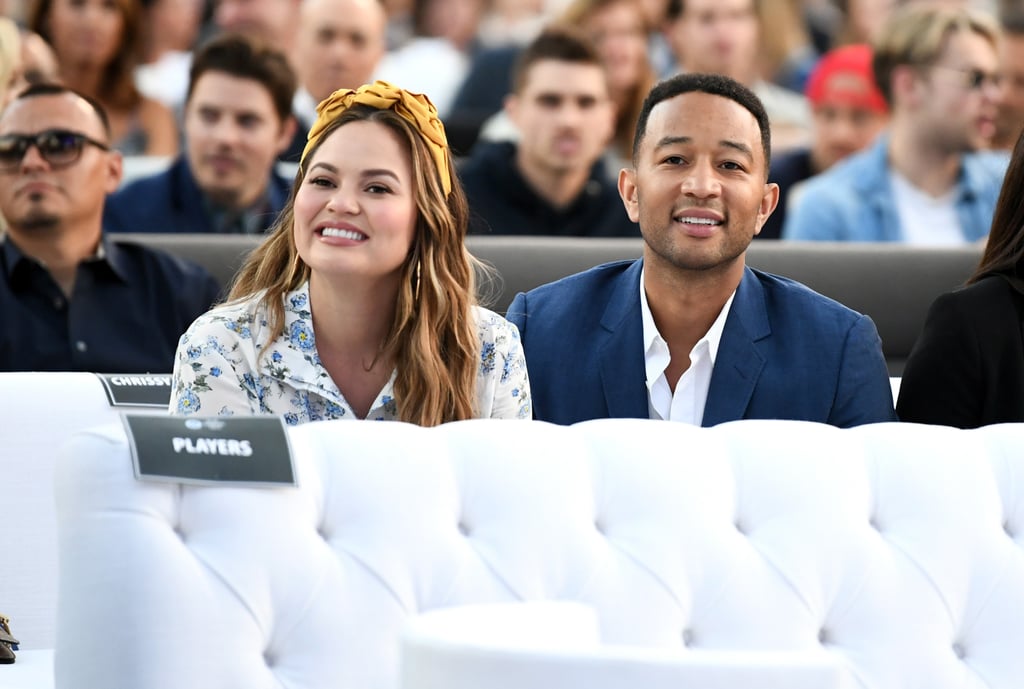 And I say, hey, what a wonderful kind of day. . .when Chrissy Teigen decides to troll her husband, John Legend, with an Arthur the Aardvark comparison. If the internet was a competition (and isn't it, really?), Chrissy would be well in the lead with the way she teases John.

After a meme comparing John to the children's character rose in popularity last year, it became clear that the 39-year-old singer didn't love the constant reminders. So, what did Chrissy do? Well, she upped her Arthur meme game, of course! Whether she's giving Luna her childhood Arthur toy or laughing when John "accidentally" matches the cartoon character, she makes the most of every opportunity to troll her husband. It's gone so far that he's even changed his Twitter bio to read "No relation to Arthur." Sorry, John, but it'll probably take more than that to get Chrissy to let up. I think she missed the "let's get along with each other" part of the theme song, and I'm too busy laughing to remind her.