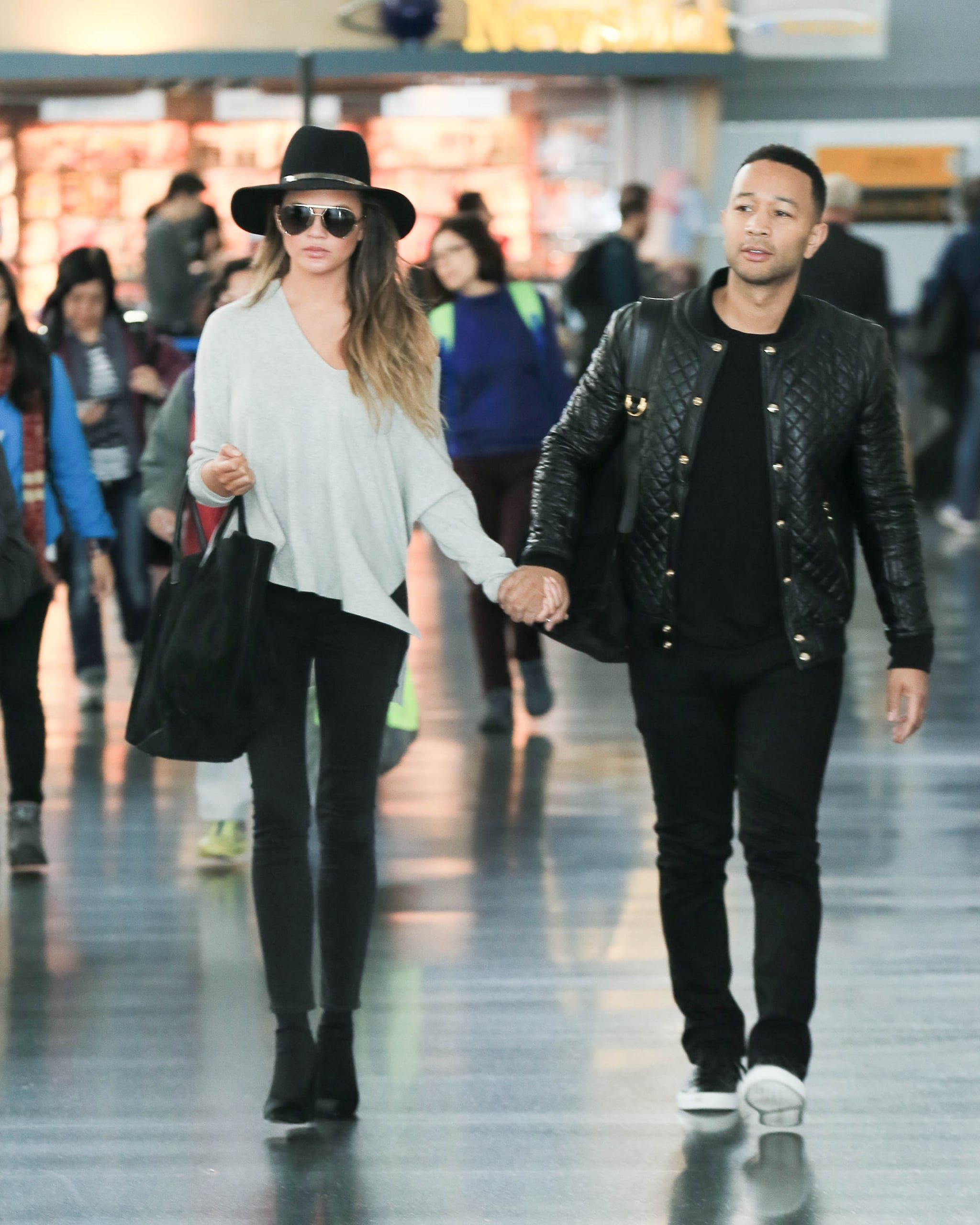 By now it should be well established that Chrissy Teigen does not take any sh*t, whether it's from mommy-shamers, internet trolls, or racists. On Thursday, the model and cookbook author tweeted about an awful encounter that she and husband John Legend had with a photographer after touching down in NYC.

Paparazzi at JFK just asked me "if we evolved from monkeys, why is John Legend still around?" - and people wonder why celebs lose it in pics

She followed up with more.

I was very kind. Answered cooking questions, then he came with that. Fucking disgusting.

Also, john is right next to me. The balls.

Guess we'll find him when he puts the video out. That he edits the shit out of since he didn't get clocked.

He also went from "what's an easy recipe to make at home" to "if a Jew were a vampire, would he still be afraid of crosses?"

Chrissy and John's incident was horrible and disgusting, and their legion of fans came through to quickly offer support — and a few laughs — via Twitter.

@chrissyteigen who was it pic.twitter.com/fJu5NpuYyJ

@chrissyteigen does he realize john legend could literally buy his life

@chrissyteigen john evolved from an angel why havent they figurd this out yet i'm ????

@chrissyteigen who was it? pic.twitter.com/ewuFiEr2pY

@chrissyteigen you beat his ass, right?

@chrissyteigen hire me to travel with yall! I'm not a bodyguard but I'll knock the shit out of ppl for yall. Just bail me out.