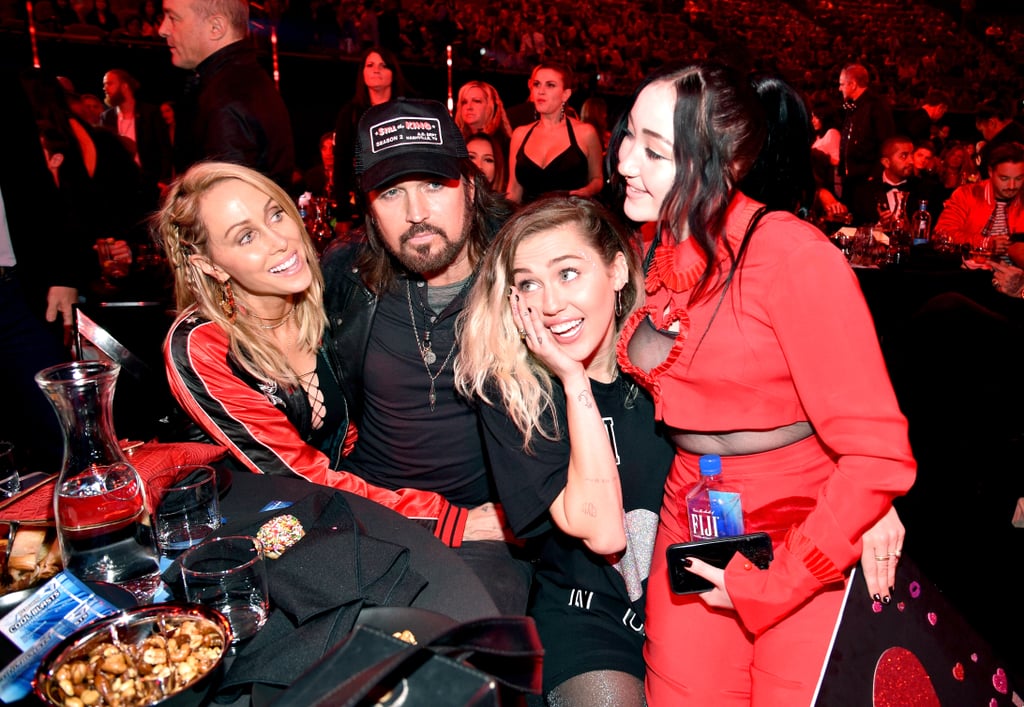 Of all the incredible performers at the iHeartRadio Music Awards on Sunday night, no one at the event had even close to as much support as Noah Cyrus. The up-and-coming 17-year-old pop star delivered a stunning performance of her hit song "Make Me (Cry)" with Labrinth, and her family was in the audience to cheer her on. Big sister Miley gave her a glowing introduction before she performed (while holding a glittery, homemade sign that said "I ❤️ Noah Cyrus!" no less), and afterwards she joined mom and dad Tish and Billy Ray in the audience to watch Noah do her thing. Later on they all gave her a big hug, and grabbed fellow performer Big Sean for a few photo ops. As usual, it looked like the Cyrus family was having more fun than anyone.