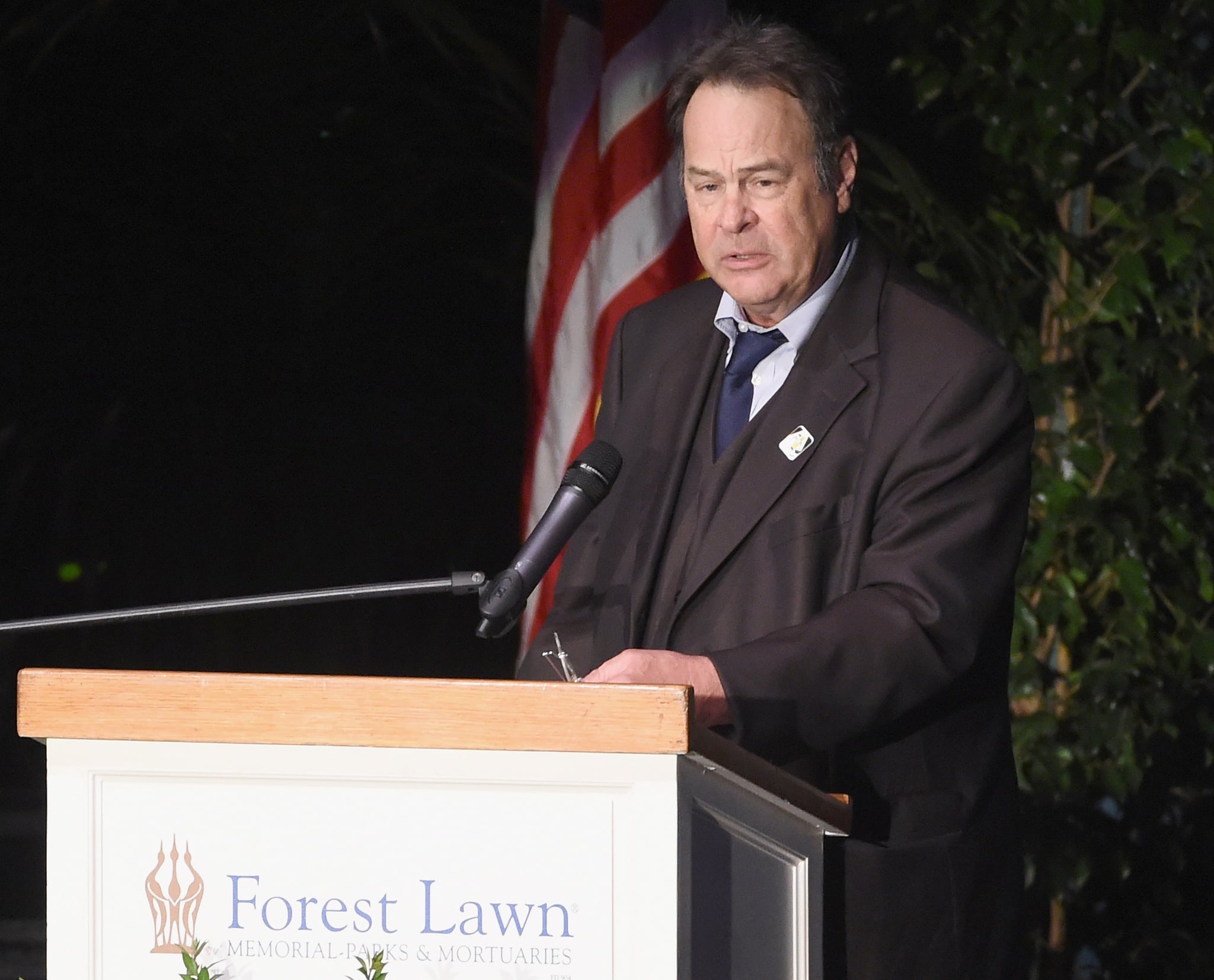 Dan Aykroyd was one of the speakers at Carrie Fisher and Debbie Reynolds's public memorial at Forest Lawn Cemetery in LA on Saturday. The former Saturday Night Live cast member paid tribute to ex-fiancée Carrie by taking a walk down memory lane and recalling a time when Carrie choked on a brussel sprout and he performed the Heimlich maneuver on her. "If I'd been with our beloved showboat, I might have been able to save her again," he told the audience.

Dan and Carrie met on the set of Saturday Night Live and fell in love while filming Blues Brothers in 1980. Their relationship quickly became serious as they "obtained blood tests for compatibility from an East Indian female doctor" before getting engaged, though they eventually called it quits and Carrie went on to marry Paul Simon. During a recent interview with Empire magazine, Dan referred to Carrie as "one of the most brilliant and hilarious minds of our eon."