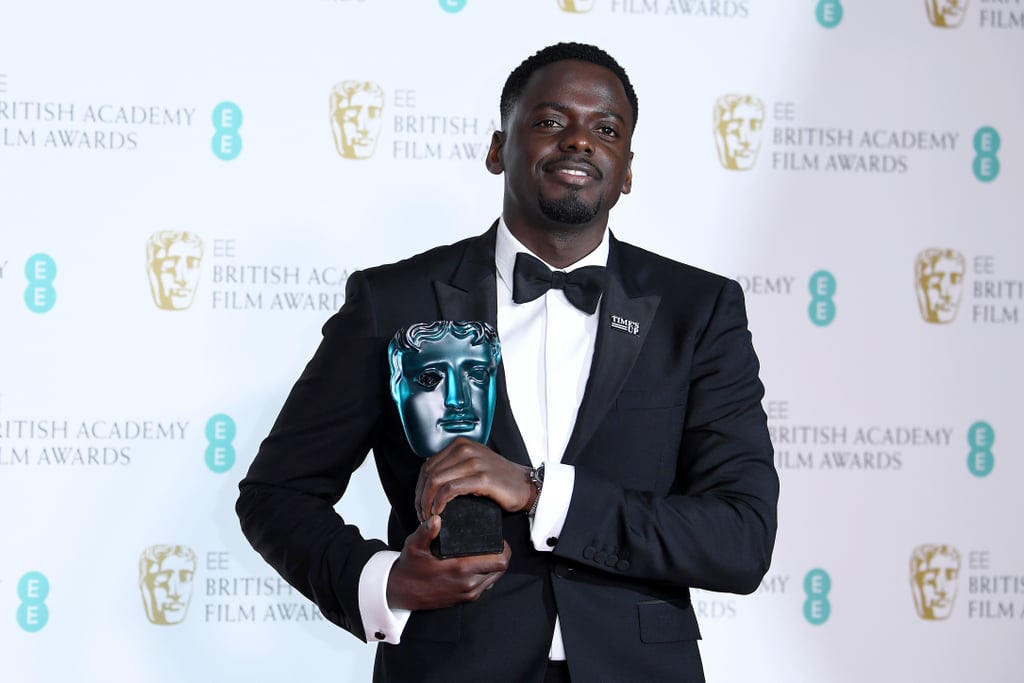 We already knew Daniel Kaluuya was a rising star, thanks to his roles in Get Out, Black Panther, and even Skins, but it was made official at the BAFTA Awards on Sunday night. The actor followed in the footsteps of James McAvoy, John Boyega, and Tom Hardy, taking home the EE Rising Star Award. This was no easy feat either, Daniel was nominated alongside hot talents Florence Pugh, Timothée Chalamet, Josh O'Connor, and Tessa Thompson. It's the only BAFTA film award to be voted for by the public, and it recognizes "exceptional talent and ambition".