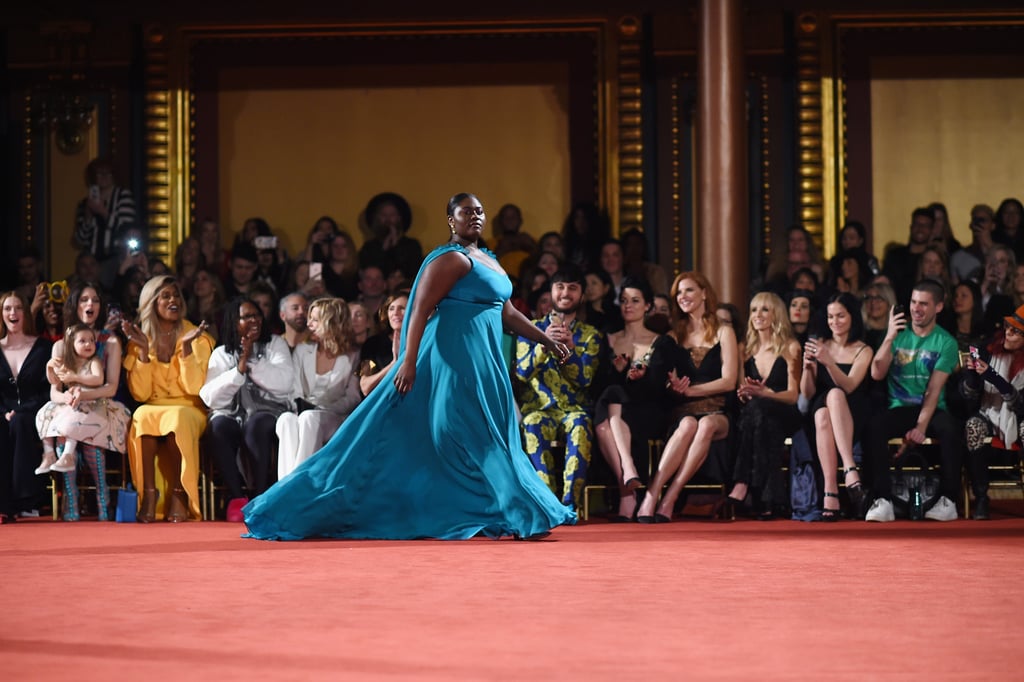 It might be several months before the release of Orange Is the New Black season six, but a recent reunion between two beloved cast members is tiding us over. During New York Fashion Week, Danielle Brooks — who portrays Taystee Jefferson — walked in Christian Siriano's runway show as her costar Laverne Cox — who plays Sophia Burset — cheered her on from the front row.

In pictures from the show, you can see Laverne clapping, smiling, and whipping out her phone as Danielle took the runway in an ethereal teal gown. The two then reunited backstage and posed for some sweet shots with the designer, as well as legendary stylist Patricia Field. See all the heartwarming pictures ahead.