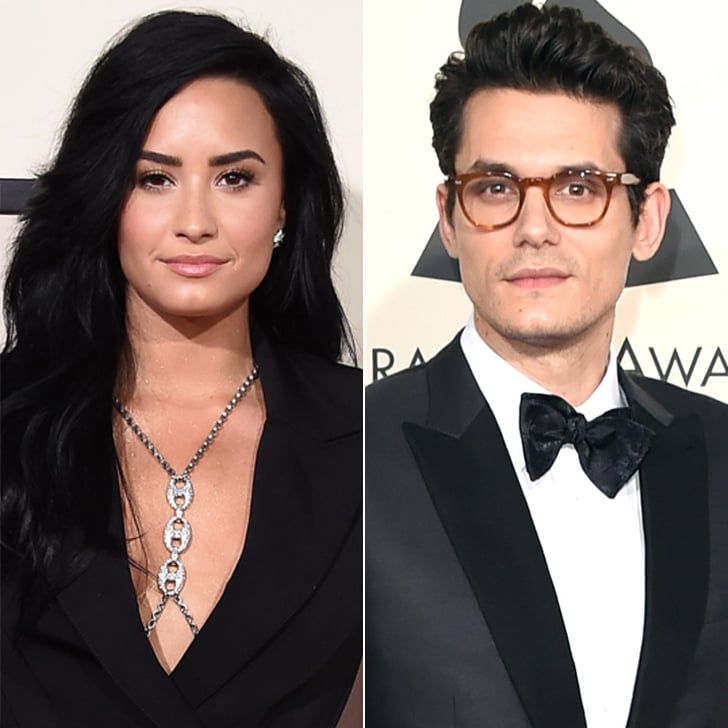 Love may be in the air for Demi Lovato. The 24-year-old "Confident" singer was spotted hanging out at Catch LA with none other than 39-year-old John Mayer on Saturday night, according to Us Weekly. While the stars arrived separately, sources say that "John had his arm around Demi and was whispering sweet nothings into her ear." No photo evidence of their encounter exists, but an insider reported that Demi "was into it," and although "they weren't making out or anything . . . she was giggling the whole time." Another source claims that the duo "chatted it up for over an hour," and that John gushed about Demi having "one of the greatest voices." Demi called it quits with Wilmer Valderrama after six years of dating earlier this year, while John famously dated Jessica Simpson, Jennifer Aniston, and Katy Perry.