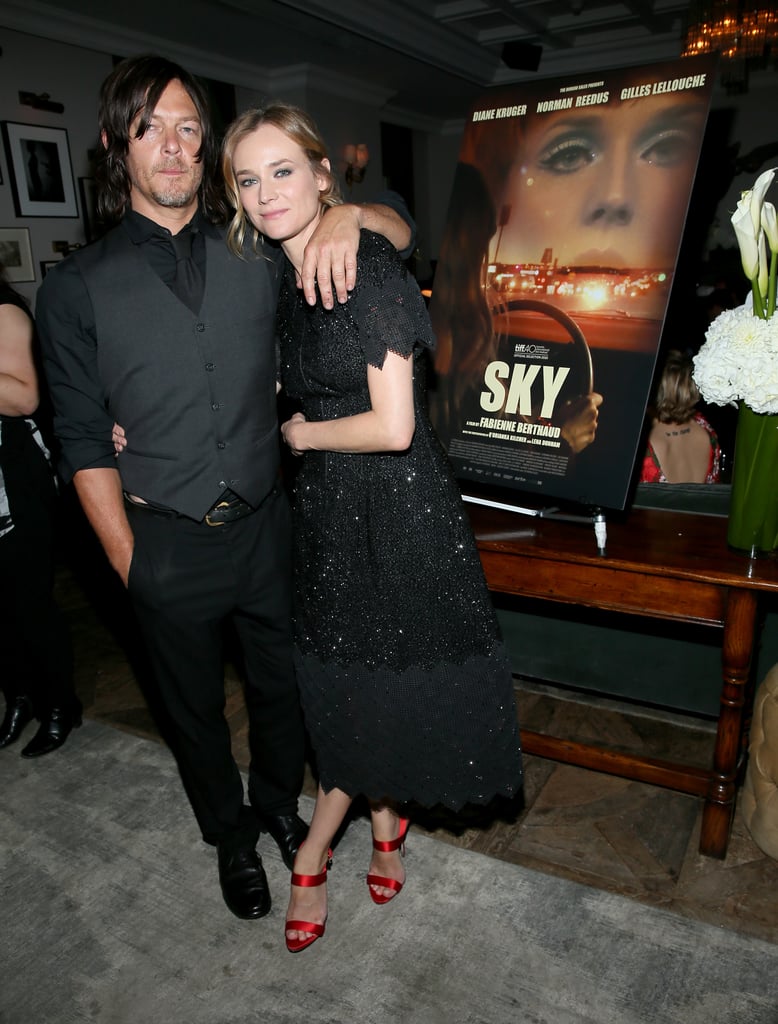 Diane Kruger and Norman Reedus are expecting their first child together! The couple first met on the set of their 2015 film Sky, but it wasn't until a year later that they started dating. Even though the couple have yet to officially confirm the exciting news, it's easy to see how in love they are from their sweet date nights, red carpet appearances, and tropical vacations. This will be Diane's first child, while Norman already has an 18-year-old son named Mingus with ex-girlfriend and Victoria's Secret Angel Helena Christensen. Take a look at some of Diane and Norman's cutest moments ahead.