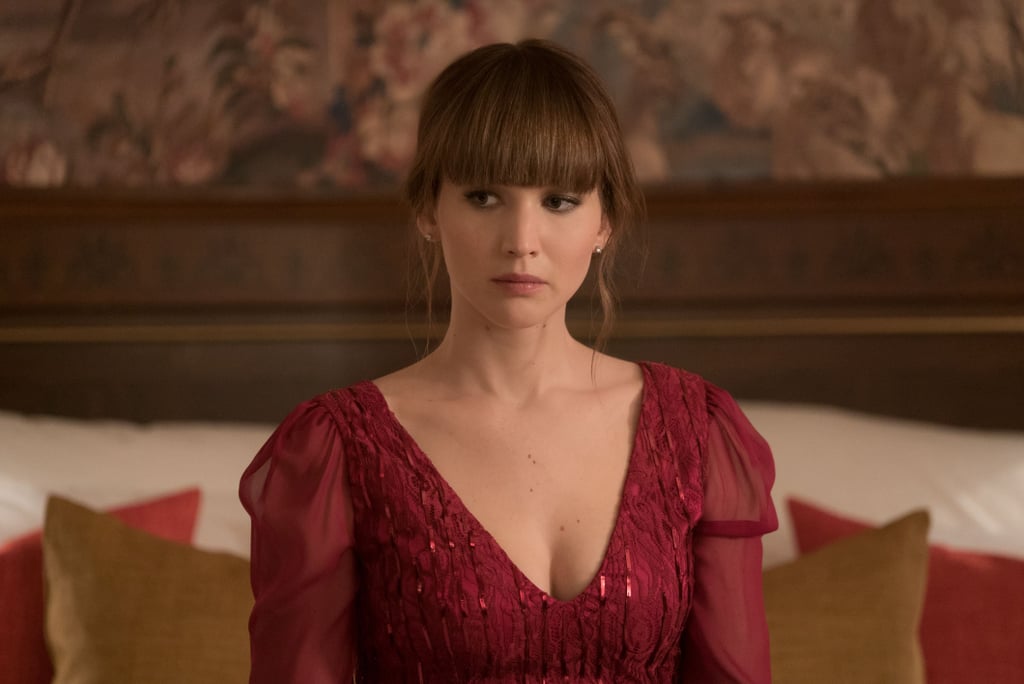 How Much Ballet Is Jennifer Lawrence Really Doing in Red Sparrow? The Answer May Surprise You

When I watched Red Sparrow at a recent media screening at the beautiful rooftop Vox Cinemas at Dubai's Galleria Mall, one of the first questions my friend turned to me and said was, "is that really her doing that?"

"No," I said, "Stunt double." Referring to Jennifer Lawrence's jaw-dropping ballet performance scene (I'll avoid the massive spoiler). Of course, in actual fact I had no idea whether what I was saying was true. But it will no doubt be one the many questions on everyone's lips when they leave the movie theater come March 22 when it's released in the region.

Luckily, director Francis Lawrence has all the answers in this POPSUGAR Middle East exclusive.

"Yeah. She did about three or four months of training for three or four hours a day. I will say that most of it was just in terms of character work, because ballerinas hold themselves differently and walk differently and all that," he said about her playing Dominika. "She did have to learn the dance, but with four months of training, there's no way you're going to even be close to what a principal ballerina can do."

Instead they used dance double named Isabella Boylston, even though Jennifer had to also perform for the purpose of close-ups.

Although Red Sparrow features plenty of Russian spy action, the director admits that he watched lots of ballet documentaries as opposed to just rewatching Tinker Tailor and the Bourne movies.

"There's more an element of something like La Femme Nikita than there is spy films, because La Femme Nikita is more of a personal story," Francis says. "It's really about her; it's not about the politics."

Intrigued already? You should be. The decision to make Jennifer's character a ballet dancer in the suspense thriller has a deeper meaning than you may have thought.

Much like the precise planning and well-thought-out complex details that go into ballet, Dominika is full of clever surprises with her badass personality but gentle-looking facade. "Part of that is the character has the discipline and the grace of a dancer," Francis says. "And part of it is that the moves that she ends up making are so intricate and complicated and disciplined and graceful that it ends up feeling like a dance.

"You could say that she could also have been a chess player in a different version of the movie and that would also work, but for me, because she was a ballet dancer, I kind of carried the idea through the rest of the movie.

With Jennifer supporting the #TimesUp movemen throughout awards season, she couldn't be a better actress to star in this role as a woman who takes every disgraceful man in her path down. When asked if he thinks now is the perfect time to show a characer like Dominika on the big screen, he said: "Sure, I think it's a great time, but I'm not doing it because I think it's a good time. I think any time should have been a good time for a female lead."