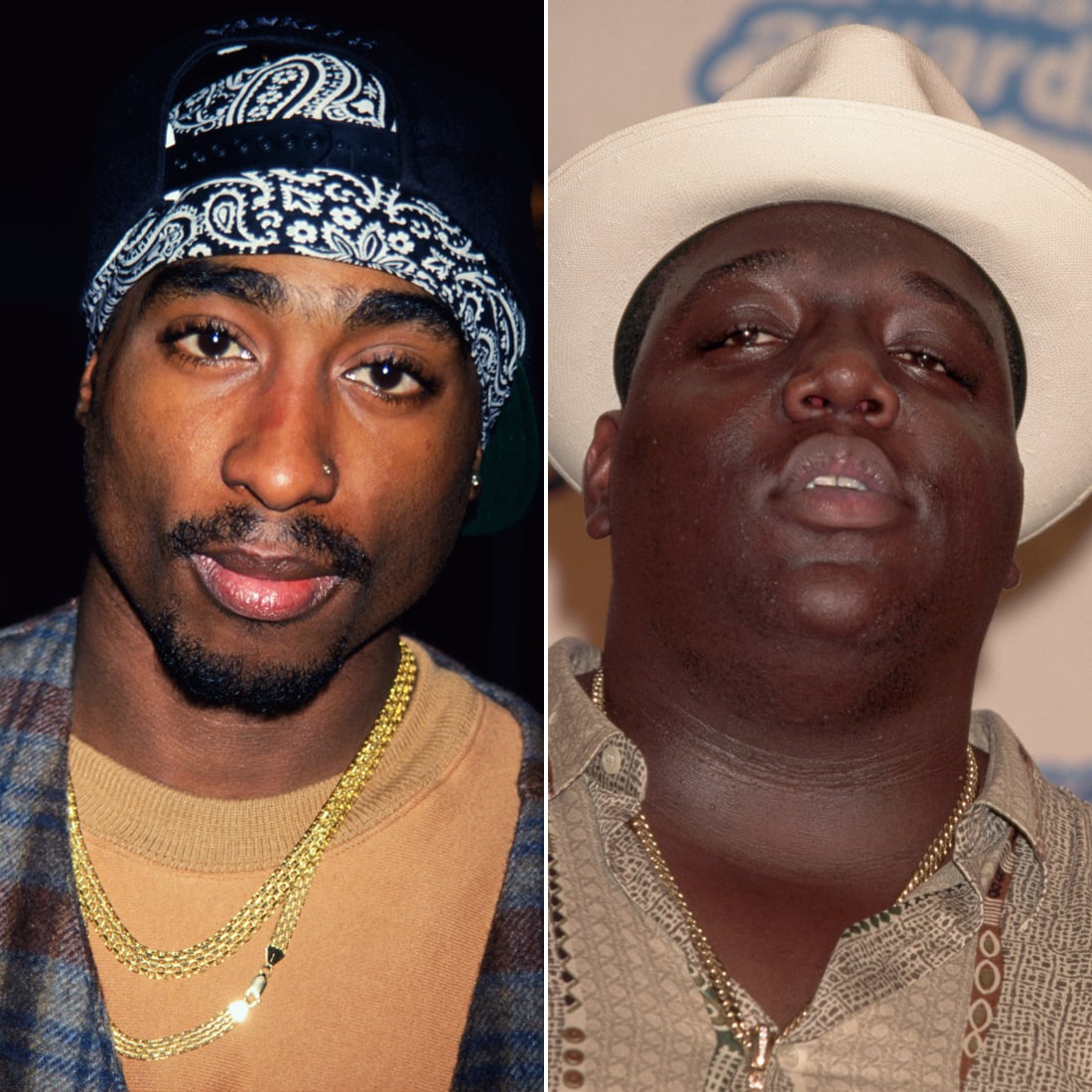 The Notorious B.I.G. and Tupac Shakur are two of the biggest rappers in hip-hop history, but sadly, both of their lives were tragically cut short when they were killed in separate drive-by shootings. Despite their '90s East-West Coast rap label feud, Biggie and Tupac were actually friends at one point, and the two even recorded a song together. Still, what makes their stories even sadder is the close timing of their deaths.

On Sept. 7, 1996, 25-year-old Tupac was stopped at a red light with Suge Knight, the cofounder of West Coast's Death Row Records, when a white Cadillac pulled up next to their car and opened fire. Tupac was shot four times and died in a hospital six days later of internal bleeding.

On March 9, 1997, Biggie had been leaving an industry party when he was gunned down at the intersection of Wilshire Boulevard and South Fairfax Avenue in LA. Doctors performed an emergency thoracotomy on Biggie once he arrived at the hospital, but the surgery failed and the rapper was pronounced dead at 1:15 a.m. He was only 24 years old.

Biggie died six months after Tupac, and to this day, both cases still remain open.