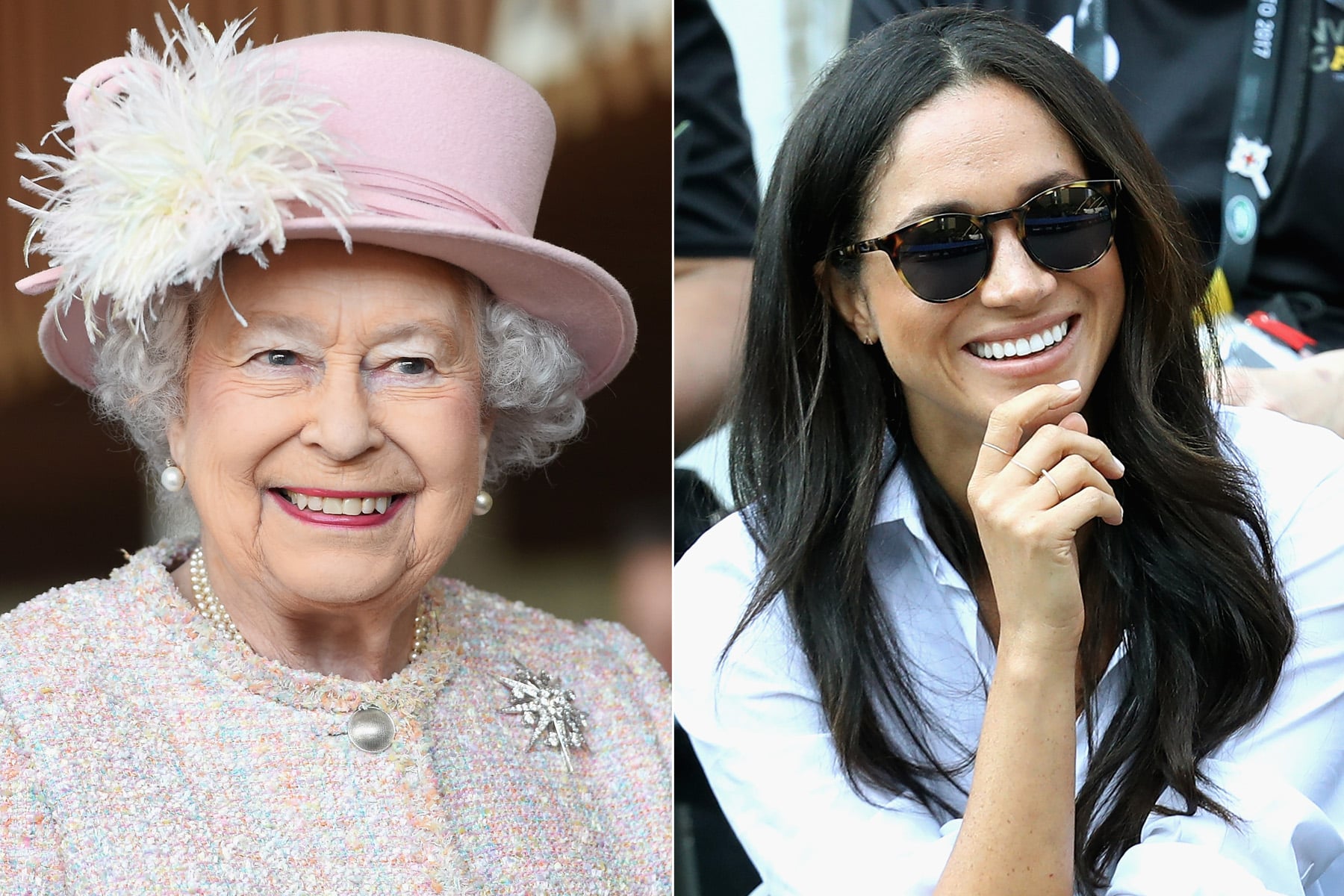 Meghan Markle is about to become part of the British royal family, and there is a lot that comes with that. The biggest thing — besides being the wife to one of the heirs to the English throne — is making a good impression on Queen Elizabeth II. So what does the queen think about her grandson's bride-to-be? All signs are pointing to her being a major fan.

Although the queen hasn't exactly come out and shared her opinions on the Suits star, her actions are speaking louder than words . . . and so are her Corgis. For starters, the fact that Prince Harry did in fact propose to Meghan means the world, because he had to get his grandmother's blessing before getting down on one knee. If that doesn't mean the queen likes you, then we don't know what does.

When Prince Harry did introduce his then-girlfriend to the queen in September 2017, sources told Us Weekly, "It went well. It'll no doubt be the first of many encounters." Meghan recalled the meeting in the couple's engagement interview with BBC, noting that the queen is "an incredible woman."

If those aren't enough reasons to believe these two get along, the monarch's famous Corgis are big fans of Meghan. In fact, Harry couldn't help but gush over the fact that his grandmother's beloved pets loved Meghan from the moment they met her.

"The Corgis took to you straight away," Harry said during the BBC interview. "The last 33 years I've been barked at; this one walks in and just nothing. Just wagging tails," he said, pointing to his fiancée.

When the news of the couple's engagement was officially announced, the queen and Prince Philip made a statement which read, "The Queen and The Duke of Edinburgh are delighted for the couple and wish them every happiness." Clearly Her Royal Highness and the rest of the royal family are on board with Meghan joining their family, and it's all very exciting. Cheers to another royal — and an American one at that!