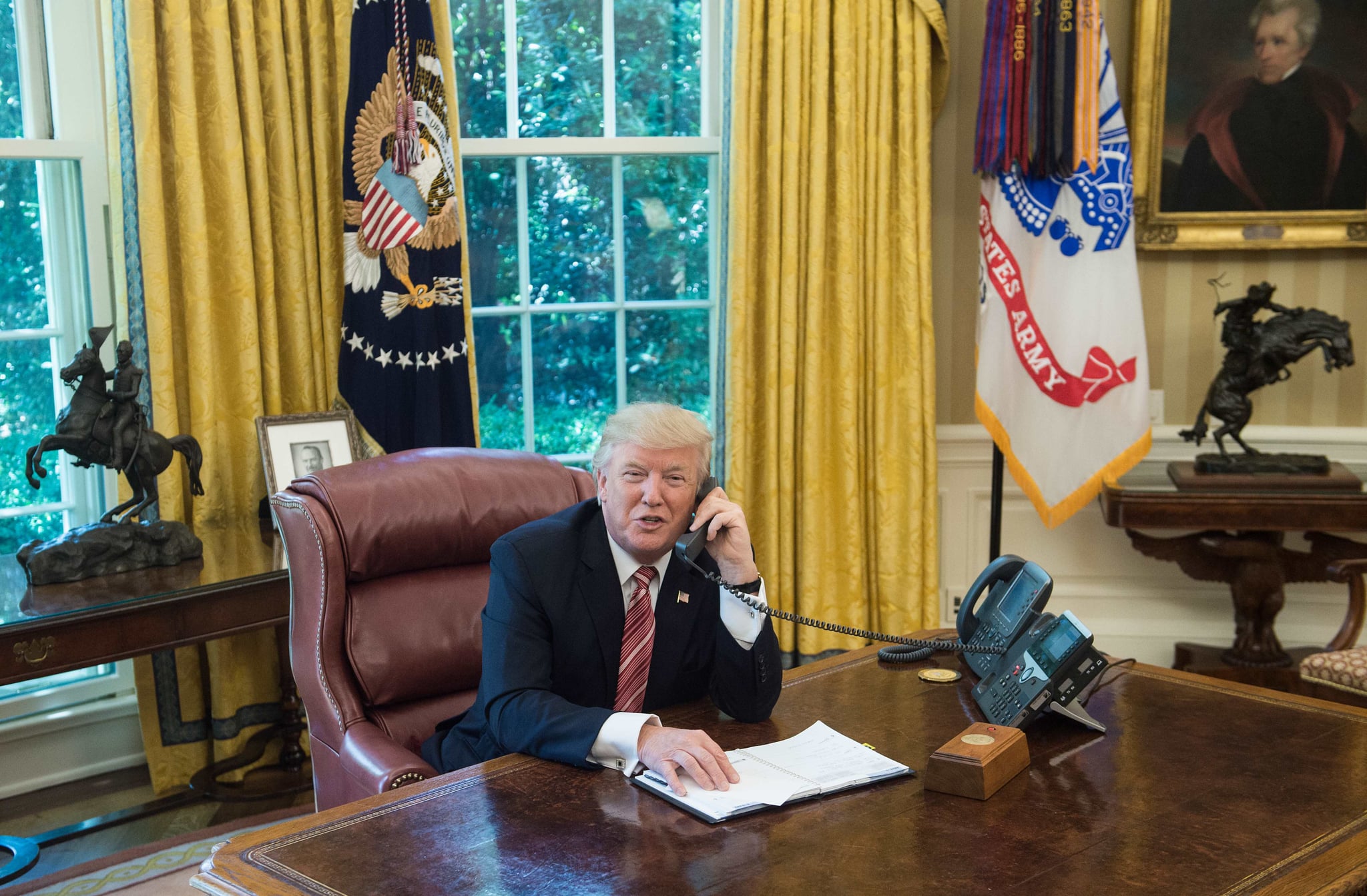 Donald Trump's egregious treatment and perception of women continues to be caught plainly on camera. During a recent phone call with Ireland's Prime Minister Leo Varadkar, the president called upon a female reporter simply because he felt she had "a nice smile on her face." In a video of the uncomfortable exchange, you can sense the noticeable tension in the room.

Caitriona Perry was covering the otherwise ordinary phone call for RTÉ News and Current Affairs. During an unplanned moment, the president mentioned the many Irish members of the press in the room. Trump then pointed at Perry, asked her where she was from, and motioned for her to walk over to his desk.

As she approached, Trump told Varadkar, "We have all of this beautiful Irish press." Adding, "She has a nice smile on her face. So I bet she treats you well." Following the event, Perry shared a video of the "bizarre moment" on Twitter.

Video of the bizarre moment when President @realDonaldTrump called me over during his call with Taoiseach @campaignforLeo Varadkar. @rtenews pic.twitter.com/TMl2SFQaji

There are many things wrong with Trump's behavior here. While the president has repeatedly exhibited a deep mistrust of the press, it appears as though he was excessively complimentary of — and condescending to — this particular reporter because she was "beautiful" and had a "nice smile." What's more, his harassing treatment undermines any decorum and professionalism that Perry is likely trying to maintain as a journalist for a major news network. The entire situation again reinforced Trump's view that women are objects as opposed to equals, professionals, or, quite frankly, human beings.