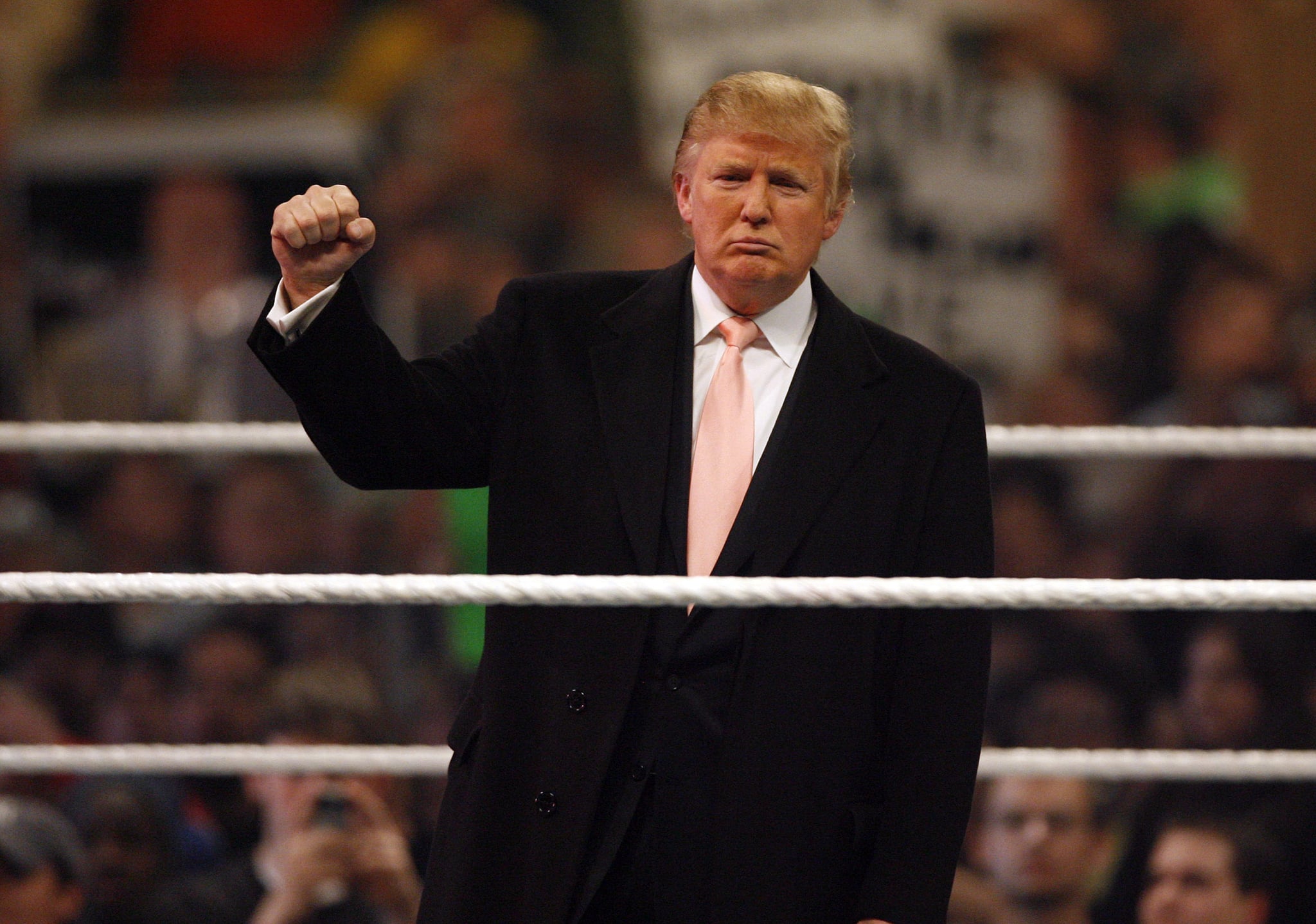 On Sunday, July 2, President Trump unleashed yet another attack on the media. After his widely condemned attacks on MSNBC's Morning Joe hosts earlier in the week, Trump uploaded an edited GIF of himself assaulting a CNN logo. The violent clip comes from a 2007 WWE WrestleMania event Trump participated in, but the dangerous message it sent to news outlets that criticize him was heard loud and clear. "#FraudNewsCNN" he hashtagged the tweet, which has since raised concerns for many journalists, including those who work for CNN.

Read on to see CNN's response to Trump's tweet, which the network considers Trump's way of encouraging violence against reporters, and then read what other journalists and political commentators had to say about Trump's troubling tweet ahead.

CNN statement responding to the president: "We will keep doing our jobs. He should start doing his." pic.twitter.com/Gn1YRA2DRG

"Who's going to speak up?" @brianstelter asks how news orgs, Republicans will respond to Trump's anti-media tweets https://t.co/zvxkqFBu0R

The President of the United States is encouraging violence not just against a reputed news channel, but the entire free media.

Wow, this is just truly disgusting. It's a sad day when the leader of the free world thinks this is an appropriate message to show the world

Dear @realDonaldTrump, this is disgusting & sad. As a news reporter, regardless of who I work for, you make me feel more unsafe doing my job

.@ananavarro on Trump's CNN tweet: "It is an incitement to violence. He is going to get someone killed in the media." #ThisWeek pic.twitter.com/myhELRMu2x

Please review these words from John F. Kennedy. Without freedom of the press "no republic can survive." pic.twitter.com/SbaYB6GmXd