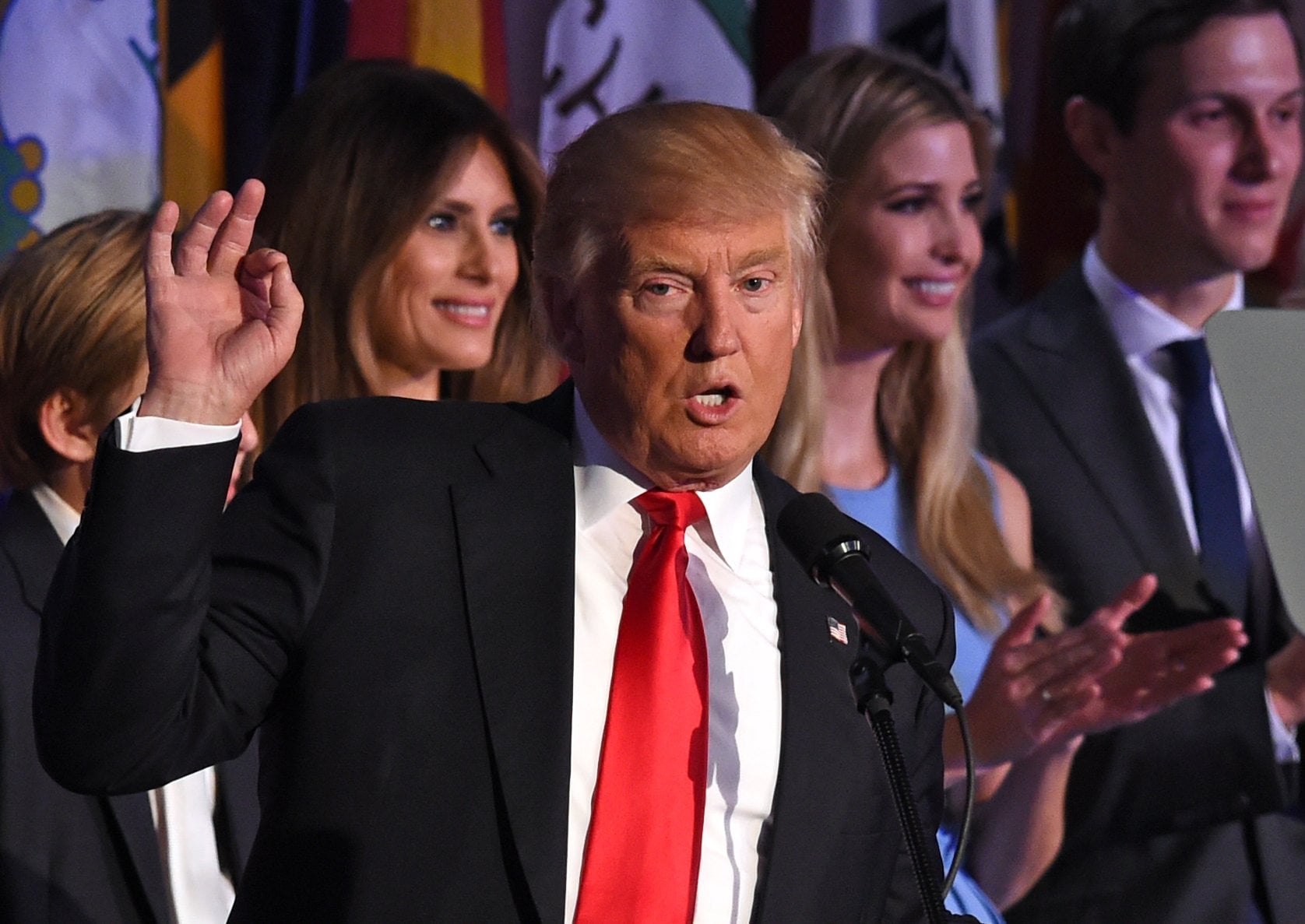 Donald Trump is not your typical president.

He's never been to law school, and he definitely hasn't followed the traditional political path to get to where he is today. Not to mention, his views are unconventional… to say the least.

And so, of course, there were times when the internet – being the hotbox of opinions that it is – couldn't help but mock ol' Donald when it came to just about everything.

1. When he invented a new word

Trump's tweets always get a ton of attention, but he definitely made quite a stir when he invented a new word… "covfefe."

In what was quite obviously a late-night rant at the media, Trump tweeted, "Despite the constant negative press covfefe," and the internet went crazy trying to figure out what on earth this word actually meant.

It was obviously a typo, but the media had a field day after Trump's insults only ended up giving them more fodder for their jokes.

2. When memes making him look tiny took over the Internet

Because Trump finds power in size, the internet decided to make him look small… literally. Memes took over the web, and they all shrunk Trump down in height.

Tiny Trump is seriously one of the funniest memes! Look at those small hands! 😂😂😂 pic.twitter.com/HZyW488w2O

And of course, what added insult to injury was the fact that it wasn't only Trump who looked small: His sworn enemies, Barack Obama and Hillary Clinton, looked massive in comparison.

3. When there was a typo on his official Facebook page

Miners are people who mine, and minors are underage humans. Simple enough, right?

Well, not to the people who run Donald Trump's Facebook page. In a very concerning clip posted on the social media site, Trump promised to put "minors back to work."

Putting our "minors" back to work. pic.twitter.com/un1MvkWKtT

4. When the Pope looked less than excited to meet him

It was the picture seen around the world… and for good reason. While Trump looked overjoyed to meet Pope Francis, the latter seemed displeased.

In fact, the internet was pretty sure the pope was just depressed because he had to meet the man who has publicly denounced global warming not once, but several times. Pope Francis is very passionate about the topic, and has written several pamphlets in the hopes of educating the world about environmental issues affecting us today.

Being forced to engage in small talk with the same man who called global warming a "Chinese hoax" is definitely unsettling, to say the least.

5. When it was discovered he has fake Time covers at his resorts

If you go to some of the US president's golf clubs, you'll likely see a Time cover adorning the walls. It will have the cringe-worthy headline, "The 'Apprentice' is a television smash!"

Sounds great, but there's just one problem… it's fake. And because Trump has made it a habit to attack news organizations for spreading "fake news," it's kind of ironic that his own clubs display fake news he actually created himself.

6. When his executive order picture got turned into doodle memes

A few weeks after his inauguration, Trump got to work signing a bunch of executive orders, which included green-lighting his Mexico wall and withdrawing from the Trans Pacific Partnership.

To show the media his campaign speeches weren't just empty promises, he started holding press conferences where he displayed his signed orders to the cameras. And naturally, people went crazy doodling their own designs on that piece of paper.

From child-like cartoon caricatures to selections of Pokémon cards, there's no meme that wasn't created. But of course, the internet can be a very creative place – just ask Twitter user @TrumpDraws.

7. When his Twitter banner was seen to be less than truthful

Although Trump's inauguration was actually viewed by more people when compared to Obama's second inauguration, Trump clearly felt insecure enough to make up a few things.

But then, he took it a step further by updating his Twitter banner to a picture displaying a huge crowd at an inauguration. The problem is, that picture wasn't from his inauguration: It was from Barack Obama's.

And Twitter wasted no time calling Trump out on it… so much so, he changed the photo to a generic picture of the American flag soon after.

8. When his Tweets on International Women's Day didn't live up to his actions

A president acknowledging International Women's Day shouldn't be cause for a joke. But when that president has made lewd comments about women in the past, it's only expected the internet would have a field day roasting him.

On the day, President Trump tweeted, "I have tremendous respect for women and the many roles they serve that are vital to the fabric of our society and our economy."

I have tremendous respect for women and the many roles they serve that are vital to the fabric of our society and our economy.

While this statement is perfectly fine on its own, it reads quite differently once you compare it to his comments about "grabbing women by the pussy" and calling his daughter, Ivanka, "a fine piece of a*s." It's no wonder the world was quick to call out his hypocrisy.

Even though Melania Trump has stayed pretty silent when it comes to her husband's political (and personal) views, that hasn't stopped people from feeling sorry for her. And who can blame them, especially when she looks so miserable in every photo they have together?

Ah, @POTUS and @FLOTUS are holding hands these days. Marital counseling or not, Melania still looks miserable though. #FreeMelania pic.twitter.com/YwxMG6Bvzg

In fact, her sad face started its own personal hashtag: #FreeMelania. I guess people were just looking for someone to project their own sorrows onto.

10. When Trump looked a bit too enthralled by the Western Wall in Jerusalem

Put Trump near a wall, and Twitter goes wild… for good reason. Trump has been talking about building a wall between the US and Mexico for what seems like ever, but he's been having a hard time getting Mexico to actually pay for it, like he promised.

So, a photo of him fondly touching the Western Wall in Jerusalem sparked a series of hilarious memes that included silly comments like "Who paid for you?" and "Such a powerful wall."

Donald Trump leaves a copy of his electoral map win inside the Western Wall. pic.twitter.com/6WgpsCfViO

"Who paid for you?" he whispered. But the old wall keeps her secrets. pic.twitter.com/xplQhXvzQ3

But let's be real: Trump did look rather thrilled being there.

11. When Trump's attack on CNN got way more violent than it needed to be

Donald Trump's had a longstanding feud with CNN ever since he announced he'd be running for president. But it really came to a head when he posted a video of himself quite literally tackling and beating a man with the CNN logo as his head.

This violent show was justified by Trump as being "modern presidential," especially because his tweets have been made fun of by various media outlets both before and after his epic win. But of course, violence isn't the answer, and the president ought to know that.

Since he didn't seem to, people on Twitter wasted no time reprimanding him and telling him exactly what they thought. The funniest response? "The madman."