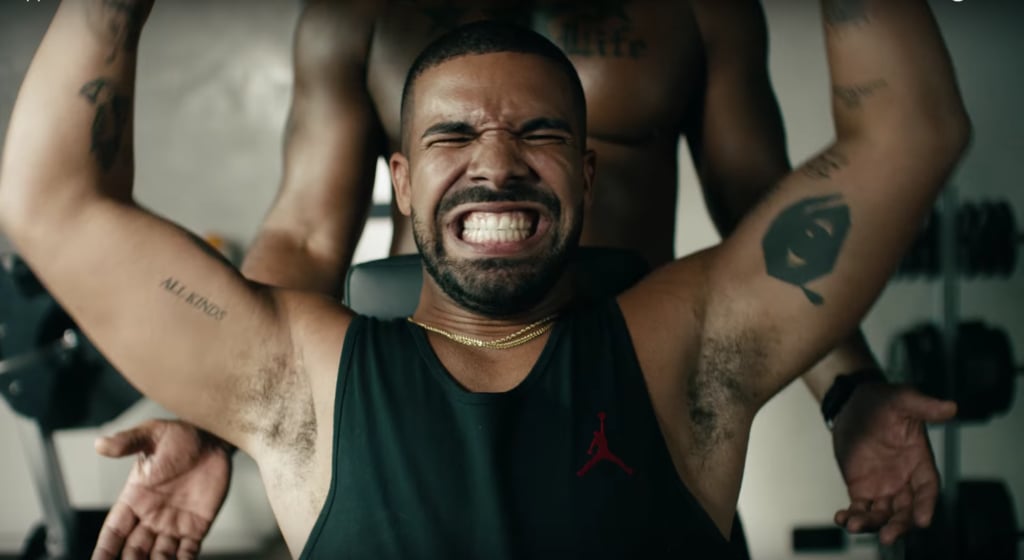 A few months ago, Taylor Swift starred in an ad for Apple Music, in which the singer headed to the gym--even though she "hates cardio"-- to run to her #GymFlow playlist.

It's only with Drake's 'Jumpman' that she can get through her run--that is, until she's so distracted by the music that she falls off the treadmill.

In Apple Music's newest ad, it's Drake's turn to workout, and he makes the surprising choice of lifting heavy weights to Swift's 'Bad Blood.' The one-minute long video, titled 'Drake vs. Bench Press,' features the artist struggling to lift heavy weights because his music selection is "distractingly good."

Watch the video below to see Drake in a whole new way!