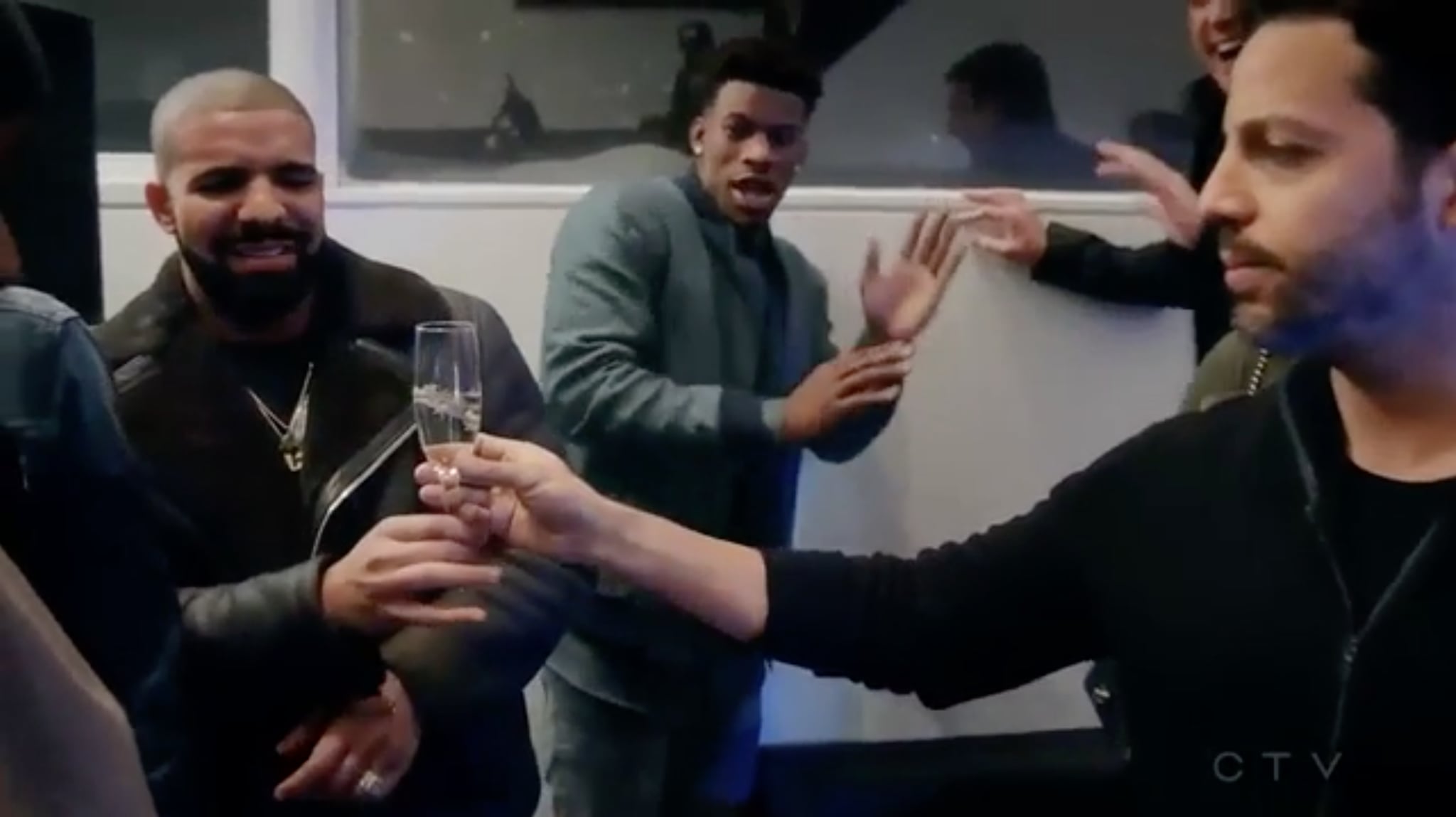 Whether he's professing his unrequited love for Rihanna onstage or getting scared sh*tless in front of a live audience, there's no denying that Drake's struggles are relatable as hell. But nothing will make you commiserate with the hip-hop star more than his brief appearance on David Blaine: Beyond Magic. The singer's horrified-yet-intrigued reaction to Blaine's magical antics is quickly becoming a meme, and it's not hard to see why.

Also featuring NBA player Steph Curry, comedian Dave Chappelle, and other famous friends, a clip from the ABC special has gone viral on Twitter thanks to Drake's hilarious reaction. Can you blame him for being disgusted? David Blaine regurgitates not one, but two live frogs over the course of a minute. Other highlights from the video include Dave Chappelle's subtle dig at Drake's rap nemesis, Meek Mill, and Drake immediately looking up at the ceiling when somebody mentions "raining frogs."

Don't mind the haters, Drake. We'd take a hard pass on somebody puking up frogs, too.

Steph Curry is disgusted by David Blaine. Drake's hoping a ghostwriter can come up with a rhyme for what he just saw pic.twitter.com/2x8HpdTaoX