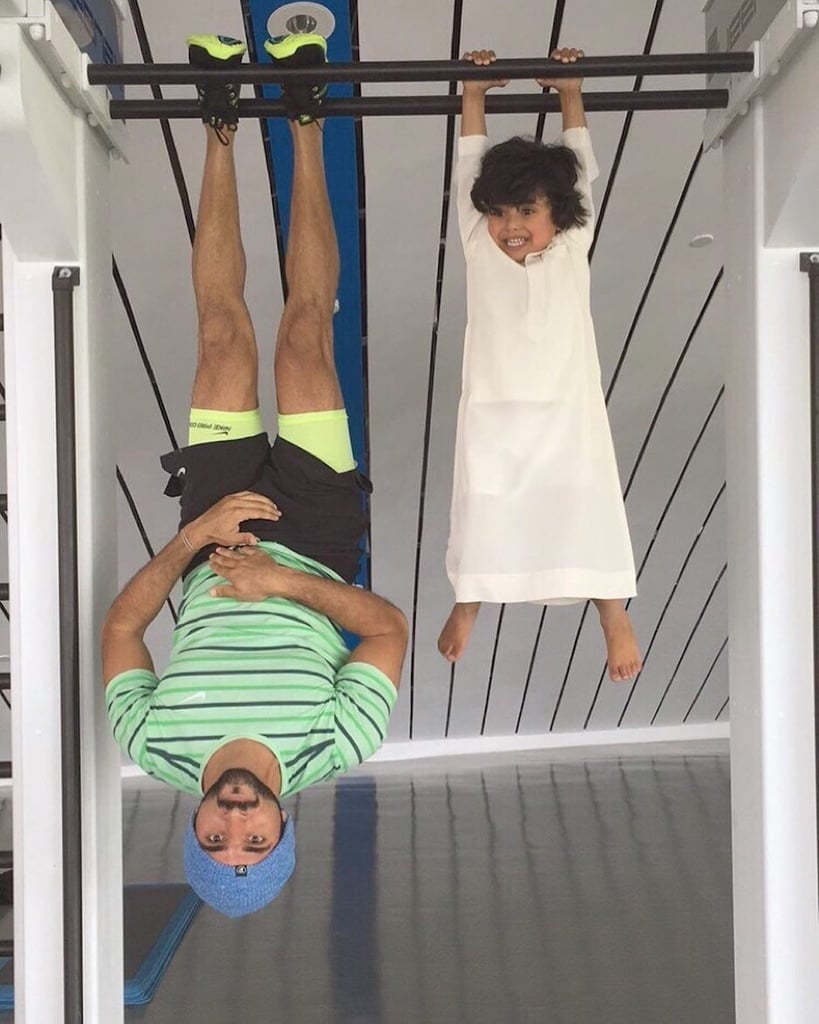 The Crown Prince of Dubai, Sheikh Hamdan bin Mohammed, showed off some serious athletic prowess in his latest Instagram post, which features him hanging upside down on a bar, with the cheeky caption: "Hang on no matter what the situation. 🙃 #tb رأسا على عقب"

Alongside him on the bar appears to be the son of Ahmed Jaber Al Harbi, the Prince's best friend. The boy's name is Mohammed bin Ahmed Jaber Al Harbi, or Maj for short. Maj (who has an Instagram account by the same name) has appeared frequently in the Crown Prince's social media posts and on his personal account, Maj's pictures are predominantly of him with the Prince, using the hashtag #bestfriend.

The picture, which garnered more than 182,000 likes, is just one of this royal's athletic abilities. The Prince is known for his daredevil stunts, all of which require physical stamina and, well, a ton of guts.

If you scroll through his Instagram account, you can see this horse rider, cyclist, diver, fisherman, climber, photographer and adventurer do the craziest things. When he does a sport, he does the extreme version of it. Here are a few times he's proved to us that he's the fittest (and coolest) royal we know.