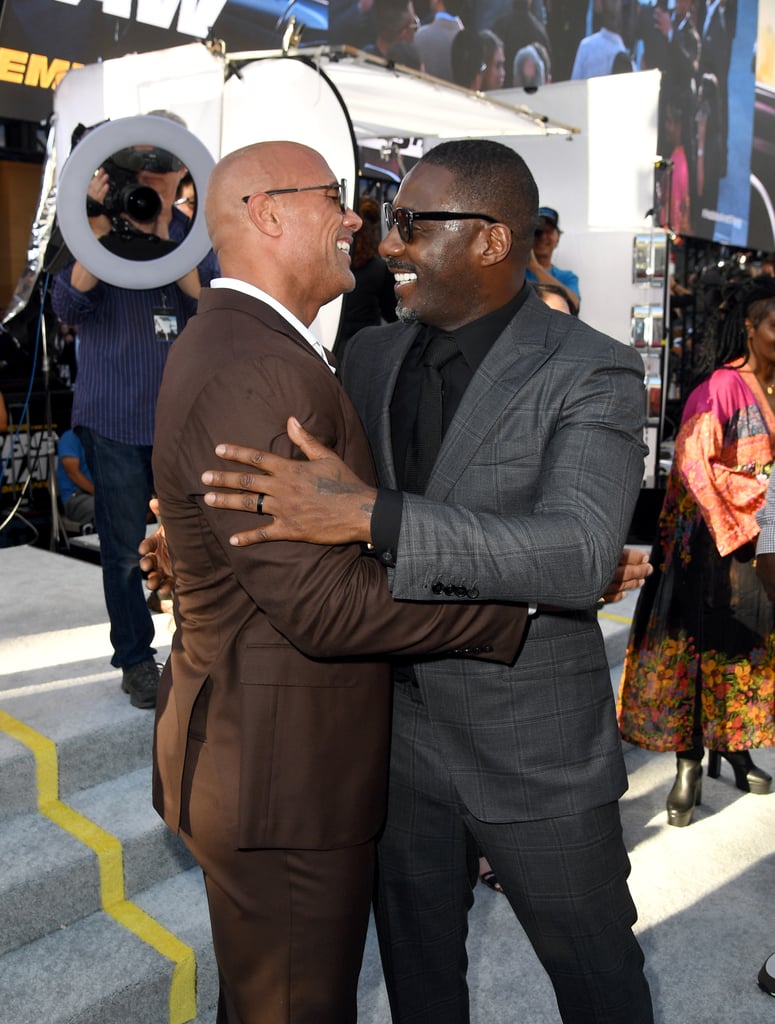 Dwayne Johnson and Idris Elba are starring in their first film together, Hobbs and Shaw, and I'm just wondering what the hell took so long? Not only are both actors incredibly sexy (they've both been People's Sexiest Man Alive, FYI), but you can just tell they have great chemistry. In fact, Idris recently gushed to E! News about how wonderful it was to work alongside Dwayne and Jason Statham in the movie. "I really enjoyed it," he said. "I think Dwayne and Jason are kick-ass in the movie. They've very funny and I hope my little contribution works." So, does this mean we can expect them to team up for another film? Fingers crossed! While I put that out into the universe, see some of Dwayne and Idris's best moments together before Hobbs and Shaw hits theaters on Aug. 2.