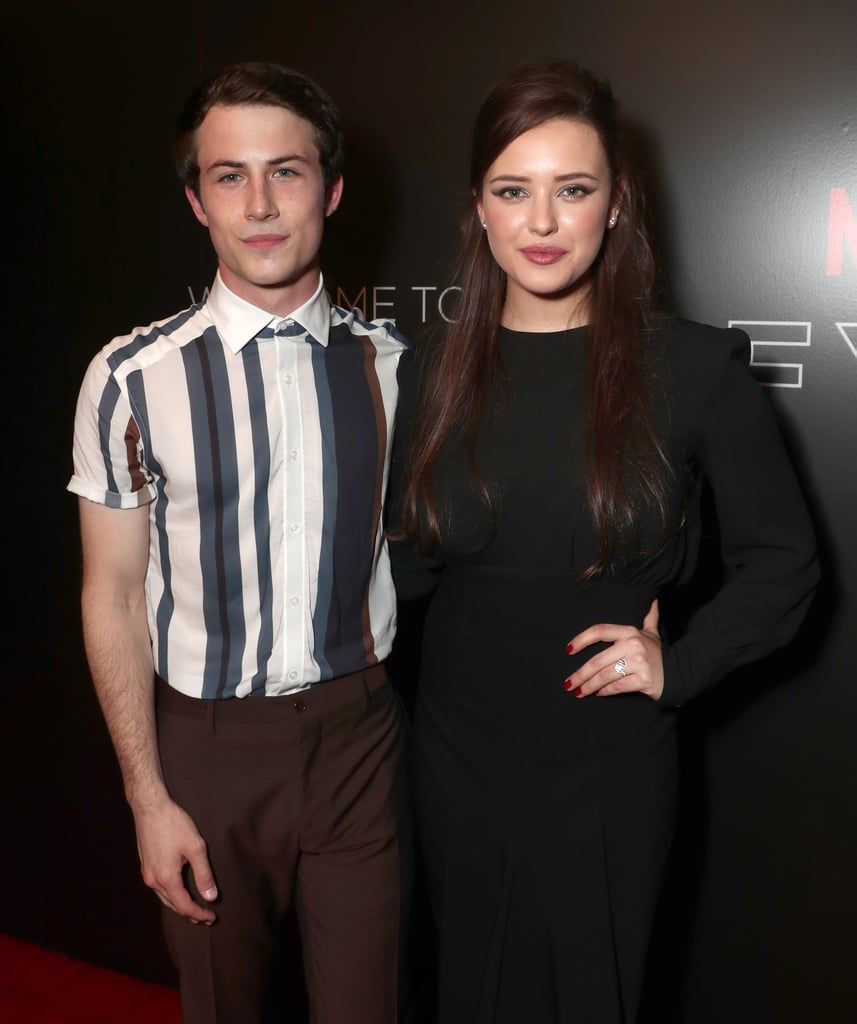 Nearly a month after reuniting at the MTV Movie and TV Awards, Dylan Minnette and Katherine Langford came together once again at Netflix's 13 Reasons Why FYC event in Beverly Hills on Friday. Dylan and Katherine — who play Clay Jensen and Hannah Baker, respectively, on the show — hit the red carpet with Kate Walsh, who plays Olivia Baker, before making their way inside to participate in a panel discussion.

Related:
13 Reasons Why Cast: Who's Single and Who's Taken

Their fun outing comes on the heels of Netflix's big announcement that the popular Netflix series will be returning for a second season. While details are still pretty scarce, according to Netflix, season two will begin "in the aftermath of Hannah Baker's death and the start of the characters' complicated journeys toward healing and recovery." Executive producer Selena Gomez also posted a teaser with the caption, "Their story isn't over." Here's hoping we will see even more of the lovable cast as they promote the upcoming season of 13 Reasons Why.