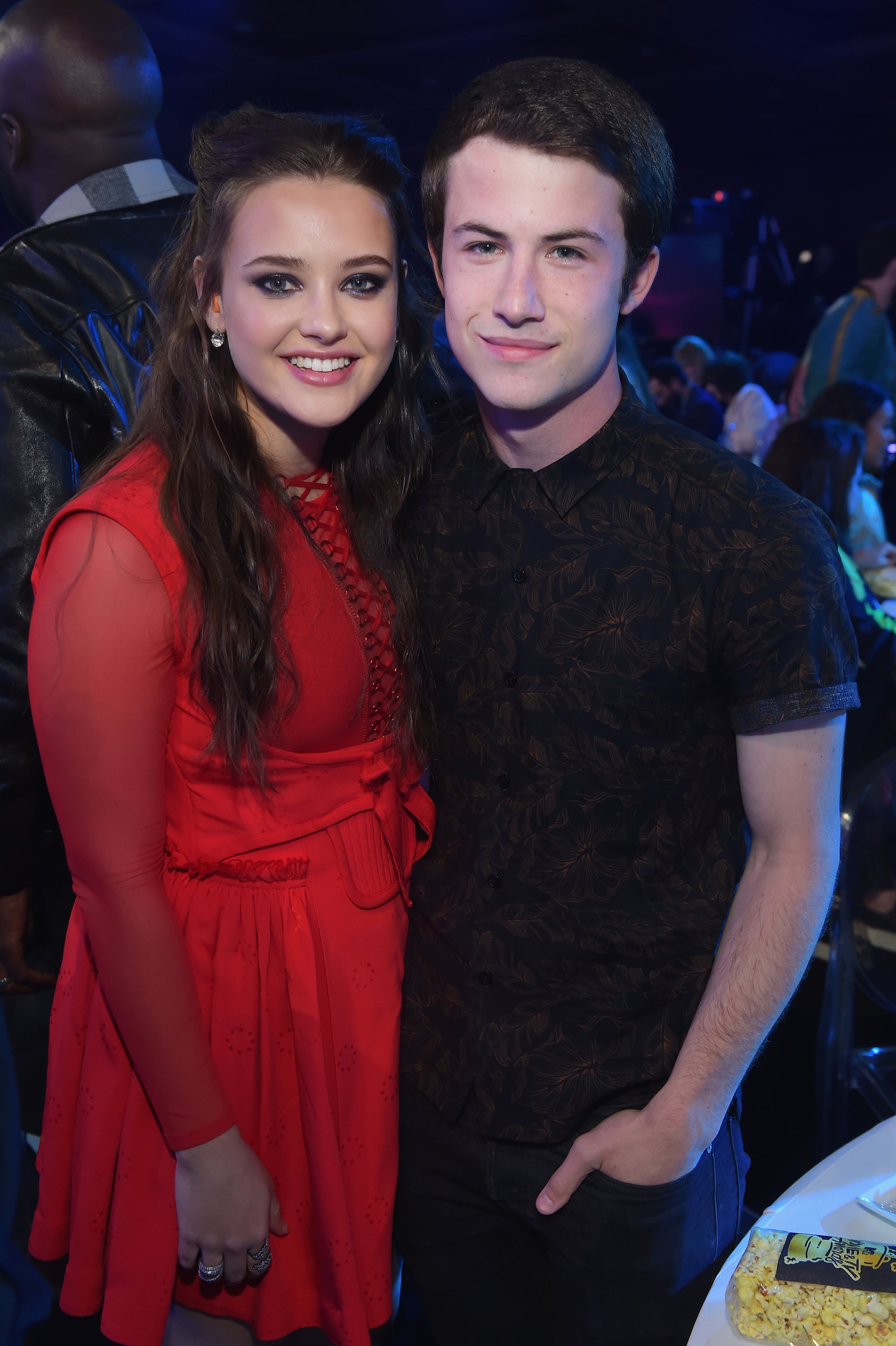 The cast of 13 Reasons Why stormed the MTV Movie and TV Awards, but all anyone could really focus on was this cute photo of Dylan Minnette and Katherine Langford, who play Clay Jensen and Hannah Baker, respectively, on the show. Their adorable reunion comes after the big announcement that their popular Netflix series will be returning for a second season. And yes, you can expect to see Katherine reprise her role as Hannah! While we wait for the upcoming season, allow this mini reunion of the two stars to hold you over until then.