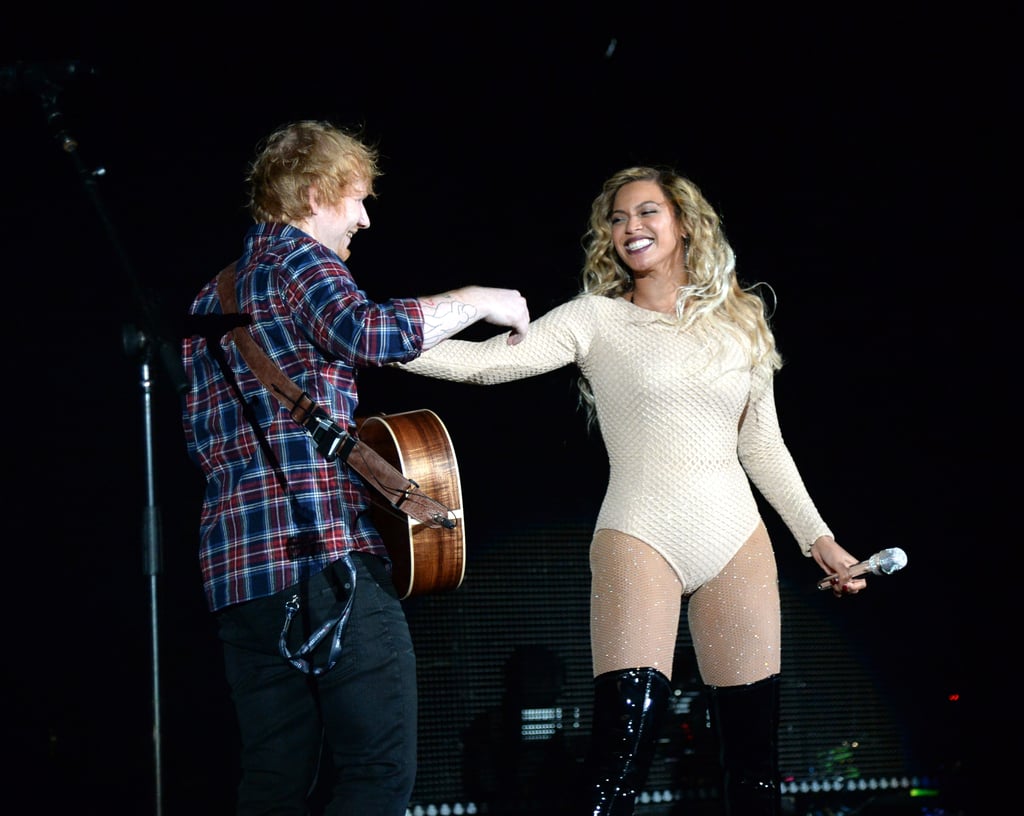 When She Touched His Shoulder and He Instantly Froze

Ed Sheeran and Beyoncé joined forces for the "Perfect" remix, but their friendship actually goes back a couple of years. The duo first teamed up for a special Stevie Wonder tribute in February 2015 and then again in September 2015 for an epic duet of "Drunk in Love" at the Global Citizen Festival in NYC. In fact, the two even hang out together every now and then, and Ed has even taken shots with Beyoncé and JAY-Z. "[We] had breakfast, went to Brooklyn for the show, then went for pizza with JAY-Z and Beyoncé. Then took them to a dive bar and did Jäegerbombs," he told People back in 2015. "She was so confused — so confused!"

Ed also couldn't help but gush about working with Beyoncé recently, telling Ellen DeGeneres, "I love Beyoncé." In honor of their adorable friendship, take a look at all the times Ed was in awe of Queen Bey's existence.