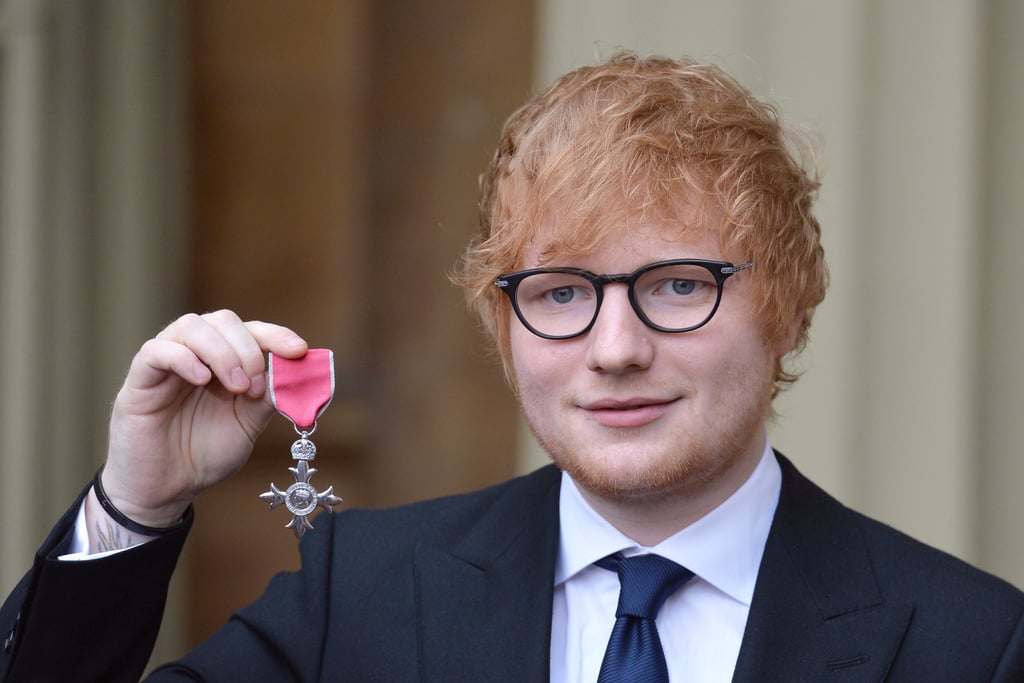 A trip to Buckingham Palace meant Ed Sheeran finally had to ditch his usual t-shirt and jeans for something a little more fitting. Ed is known for hitting even the most glamorous red carpet in casual threads, but for his investiture service, he followed the strict dress code, sporting a sharp suit for his big moment. He officially became Ed Sheeran, MBE, as Prince Charles awarded him the honor for his services to music.

The royal family gives out an MBE — a very prestigious award which stands for Member of the Most Excellent Order of the British Empire — to an individual for some sort of outstanding service. Ed joins a whole host of famous faces who've been honored this year. Last month, Julie Walters became a dame and Helen McCrory received an OBE from the Queen, while Victoria Beckham picked up her OBE from Prince William back in April. Other stars honored in 2017 include Naomie Harris, Billy Connolly, and Anna Wintour.