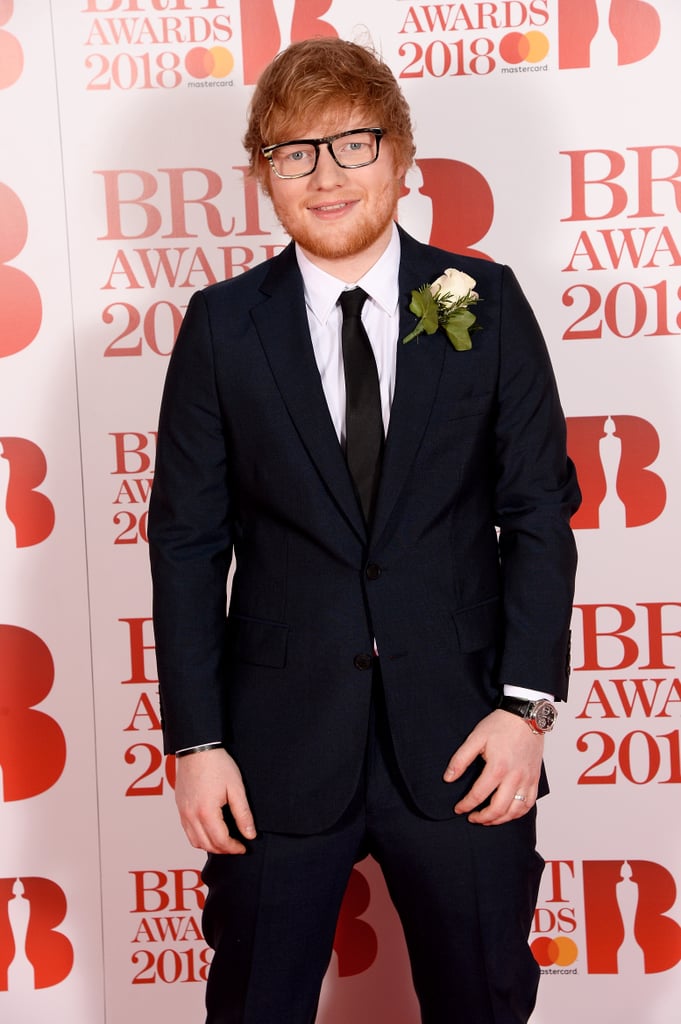 Ed Sheeran announced in January that he popped the question to longtime girlfriend Cherry Searborn "just before the New Year," but his latest appearance at the Brit Awards has us wondering if he and Cherry are already married. On Wednesday, the "Perfect" singer hit the red carpet in a navy suit, but it was ultimately the platinum band on his ring finger that we couldn't take our eyes off of. Ed also sported the band during his concert in London on Monday.

Ed and Cherry have been together since September 2015. Given the fact that the couple is pretty private when it comes to their love life, it wouldn't surprise us if they already tied the knot. Neither Ed nor Cherry has officially confirmed anything yet, so we'll just have to wait and see.