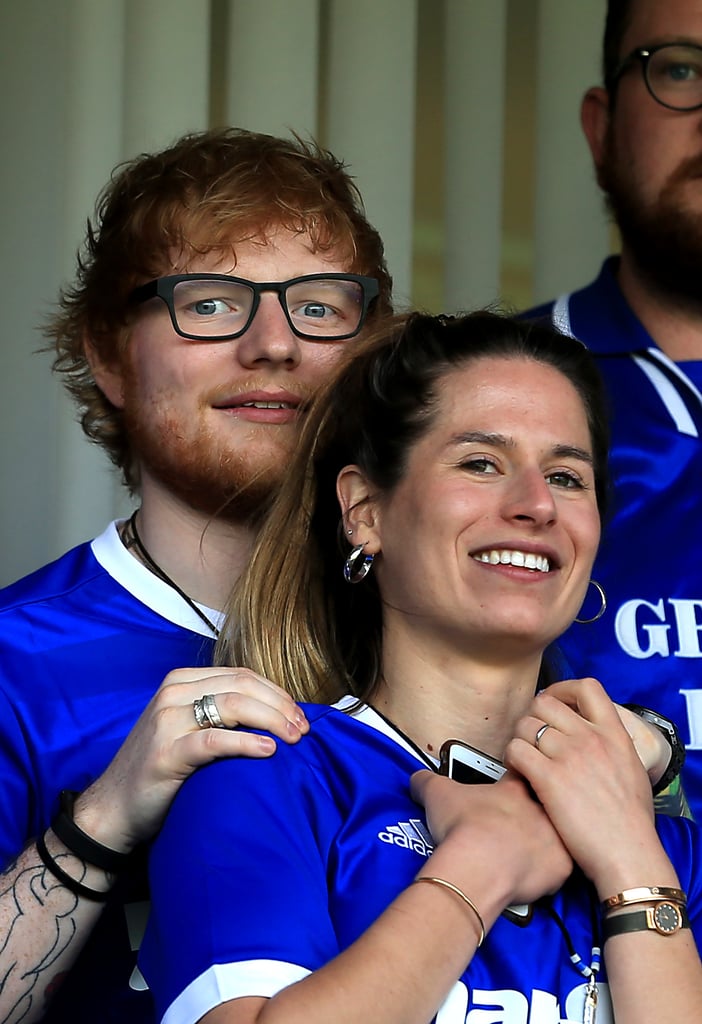 Ed Sheeran and Cherry Seaborn were two peas in a pod at the Sky Bet Championship match in England on Saturday. The adorable couple, who announced their engagement in January, looked on as Ipswich Town faced off against Aston Villa. (Aston Villa won the match 4-0.) In February, rumors began swirling that Ed and Cherry had already tied the knot, but the reports were false. Ed and Cherry, who began dating in September 2015, have yet to set a date to walk down the aisle. Keep reading to see more photos of Ed holding his fiancée close and flashing a smile. These two really have the look of love down, don't they?