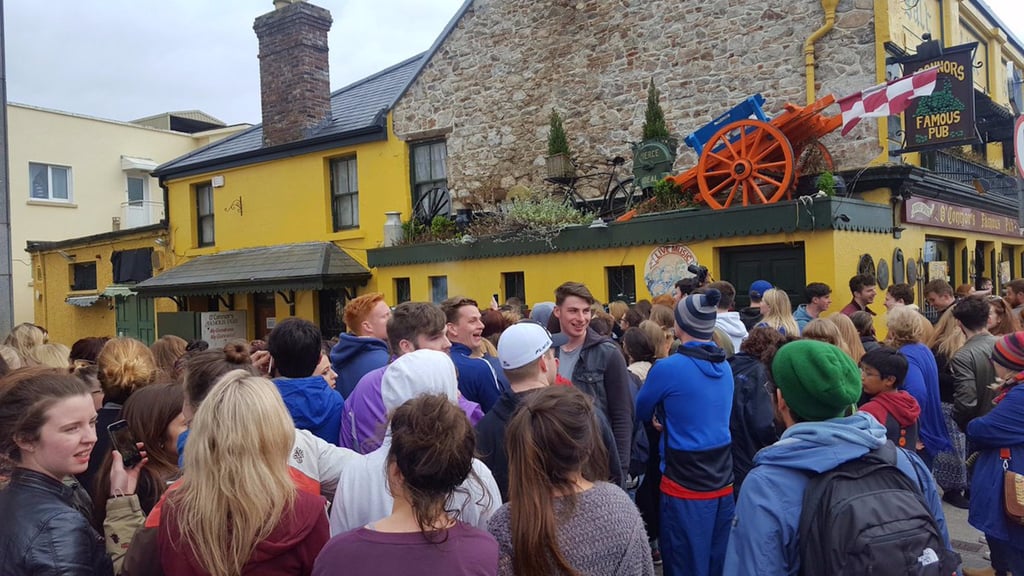 Ed Sheeran shut down the city of Galway, Ireland, while filming the music video for his next single, "Galway Girl," on Tuesday. Once locals caught wind of the singer being in town, it didn't take long for the streets surrounding O'Connor's Pub in Salthill to fill with fans, many of whom documented the melee on social media — at one point, a Sheeran singalong broke out outside the pub as Ed shot scenes inside.

Ed captured a photo of his adoring fans that he shared to Instagram with the caption, "Thank you to Galway and all the wonderful people in it for helping us shoot a music video." Frank O'Connor, the owner of O'Connor's Pub, followed up with a heartfelt thank you of his own: "Honoured to have you film in my family pub O'Connors bar Salthill, Thank you!!" We can't wait to see this video.